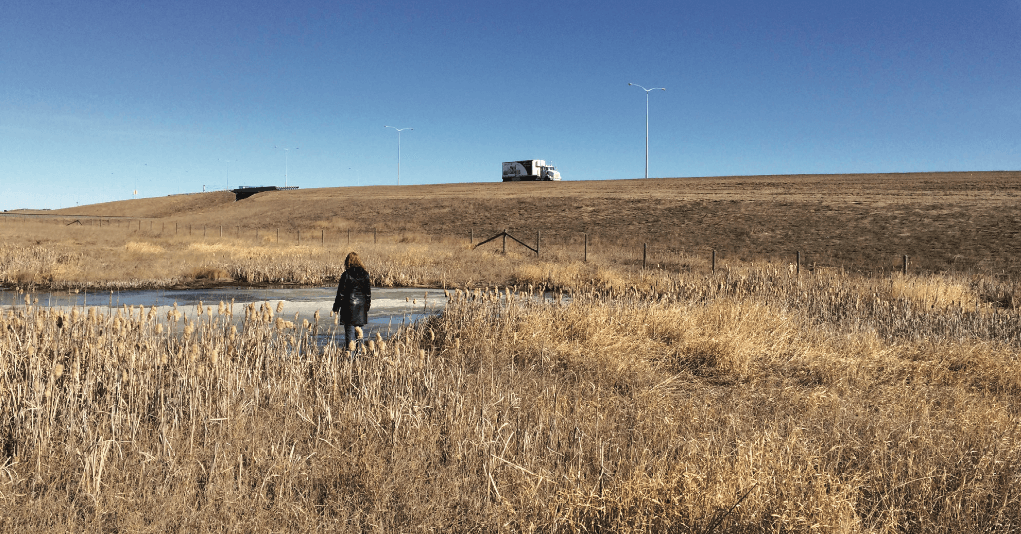 A woman in a coral windbreaker peeks through cattails on the periphery of a marsh, her rubber boots camouflaged by vegetation and mud as she strains, clipboard in hand, to detect signs of amphibian life. A frog hops into a beam of sunlight through the dense flora and she marks a tick on her clipboard. She takes a picture, records her observations, and continues strolling along the wetland.

The woman is one of 82 citizen scientists volunteering with Call of the Wetland, a Calgary-based project that measures amphibian activity in local wetlands to better understand urban ecosystems and, by extension, inform developers before they build on sensitive lands. The group will monitor 60 of Calgary’s 4,000 wetlands from April to August over the next three years.

The presence or absence of amphibians “can tell you a lot about the water quality and general health of the ecosystem,” says Lea Randall, a conservation research population ecologist with the Calgary Zoo.

“[They] are among the first species to disappear when ecosystems are unhealthy or fragmented and thus can be important first indicators that an ecosystem is losing biodiversity,” she says. Currently, there are six amphibian species in the Calgary area, three of which are labelled at-risk. The biggest threat to these species, and wetlands in general, is development.

Canada has a poor track-record of protecting or even documenting wetlands. Local governments long considered wetlands to be wastelands, and a number of them in southern Canada were drained or filled for agriculture or development. About 90 percent of pre-settlement wetlands have been lost in Calgary. Today, many wetlands, particularly small ones called ephemeral wetlands, are threatened by development simply because there’s no record of where they are.

“That’s a huge issue, because we have dry years where ephemeral wetlands don’t show up, and then if they’re not mapped, it’s awfully difficult when you’re making decisions about development,” says Tracy Lee, senior project manager at the Miistakis Institute, a natural resource and land management non-profit organization and a coordinator for Call of the Wetland.

The City of Calgary plans to use the citizen scientists’ database to inform where developments are permitted without destroying sensitive ecologies.

“I think Call of the Wetland will draw attention to [wetlands] as an important feature in the landscape, and will hopefully create a culture of caring about them,” says Lee. “If you have people that are knowledgeable and care about something, then it has a voice.”