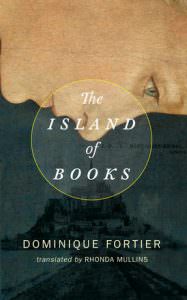 An ode to books, Rhonda Mullins’s translation of Dominique Fortier’s The Island of Books captures the emotions of two struggling individuals hoping to find strength in writing. Told from the perspectives of an illiterate, grieving artist from the 15th century who becomes a monk and moves to the island commune of Mont Saint-Michel, and from a present-day novelist dealing with writer’s block, Mullins and Fortier weave between two tales while seamlessly interjecting facts about Mont Saint-Michel’s history. With each paragraph ending on such powerful sentences, there’s something profound about the writing style; the book exudes an aura of grandeur mimicking that of Mont Saint-Michel.