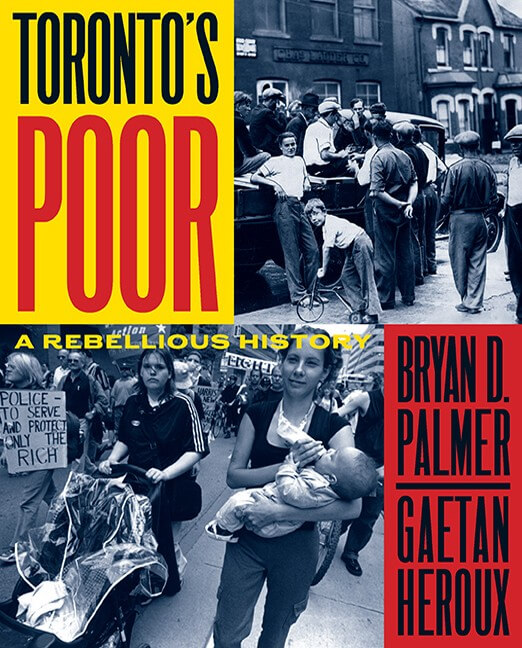 Toronto’s Poor: A Rebellious History
By Bryan D. Palmer and Gaétan Héroux
Between the Lines, $34.95

Tracking the ebbs and flows of societal and economic events, Toronto’s Poor: A Rebellious History by Bryan D. Palmer and Gaétan Héroux studies the history of the city’s poor and resistance. Héroux, an anti-poverty activist with the Ontario Coalition Against Poverty (OCAP), and Palmer, a labour movement historian, document the discounted legacy of poverty—drawing back to the 1830s to present day—and how Toronto’s poor mobilized to resist the methods used by ruling classes.

By outlining how a “fight-to-win” mentality is key to the survival of Toronto’s poor—as most recently demonstrated by OCAP efforts—there is a clear mandate to sway or crystallize opinion.

As a text, there is a fearless ideological slant throughout that at times sets aside critical judgments for value judgements. The book provides absorbing context in outlining how Torontonians situated on the poverty rung of the class structure have been treated—and how they’ve fought for survival.