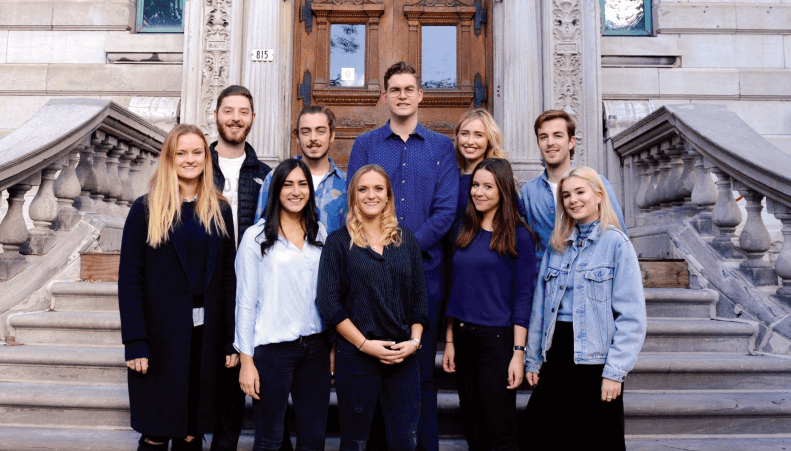 When Eva von Jagow first learned about food insecurity and inflation in the far North in high school, she couldn’t believe it was happening in Canada.

“I thought it was a disgrace. I was like, ‘There’s no way this is happening in my own country!’” says von Jagow, now a second-year student at McGill University. “And for so many people to not know about it!”

She explains that aside from a brief introduction in high school, education about Indigenous cultures was rarely accessible to her. She had to take initiative herself to learn about suicide and low graduation rates in these communities.

But what stood out to her most was the cost of food. A 2015 Bureau of Statistics survey showed food in Nunavut costs twice the Canadian average, for example.

“To me it didn’t make sense to tackle [other] issues if food was such a major problem,” says von Jagow. “How are children supposed to flourish in school, get lots of opportunities, if they’re not even eating properly?”

This is how DueNORTH began.

What started as a gently-used jewelry sale in her community, which ended up raising $20,000 for the Sakku School in Coral Harbour, Nunavut, has turned into a partnership with communities to tackle food insecurity in the North.

For the most recent fundraising event, von Jagow teamed up with the principal of the Sakku School to organize afterschool workshops. Students in the programs made artwork, some that depicted Inuit life, that was sold in a silent auction at up to $200 a piece.

In turn that money funded a breakfast program at the Northern school.

“People are always wondering if they’re the right person to do something. If you have any capacity to act on something you hear about, even if it’s a small contribution, you’re still contributing,” von Jagow says.