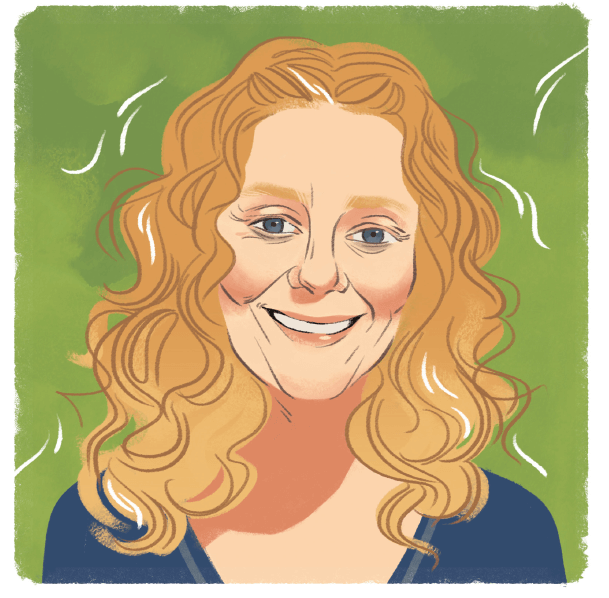 WHEN ILANA LABOW was getting her hands dirty planting baby greens and carrots in a friend’s backyard in 2009, she never envisioned that it would lead her to start a non-profit organization. “It was accidental. I’m not going to lie,” says Labow, the 32-year-old co-founder and director of Fresh Roots. “It was a lot of twists and turns and serendipity.” Based in Vancouver, Fresh Roots works with locals and schools on community gardens and educational programs to encourage healthy eating, ecological stewardship, and community building. Its mandate, “good food for all,” is telling of the work Labow does to fight for food accessibility and education.

Labow was raised in a suburb just outside Chicago in a “strong, Zionist Jewish household.” At 19, she travelled to Israel to gain further understanding of Judaism. One day while hitchhiking there, someone told her about Arava Institute for Environmental Studies, an Israeli multinational peace institute that focuses on environmental leadership and research in the Middle East. A year later, in 2002, she enrolled and learned how to use sustainable agriculture methods as a way of building both peace projects and community. It inspired her to think in new ways. “My mom was an immigrant and my parents were building a business,” she says. “We had access to food and it wasn’t a priority.”

Later, during her studies at University of British Columbia’s global resource systems program, Labow interned with Growing Power in the U.S., where she “learned to work with people who used farming as a tool around justice and community building, creating access to healthy, safe, and affordable food.” For Labow, good food is more than just for eating; it’s key to education. She believes it can create community and work opportunities, provide access to healthy food, and help a new generation grow up with food literacy skills.

That’s all why, when her friend and Fresh Roots co-founder Gray Oron wanted to create a backyard full of vegetables to sell in East Vancouver, he called Labow. What started with one backyard soon grew to eight in 2010. With business picking up and with the backing of UBC, Labow and Oron soon hired their first interns.

“Then things started happening all at once,” says Labow. One of their garden backyards shared a fence with a local elementary school, and one day the curious principal approached Labow and asked if she wanted to move the garden to the school’s abandoned, bigger one. An experimental project, it allowed Labow’s team to collaborate with other environmental and food non-profits in the area, as well as to train teachers to teach outside in the garden. With this training, teachers then started taking their students outside; science class became a firsthand lesson in how composting workst. In social studies class, teachers could use the garden to discuss society’s green revolution, or what it means to grow food on Coast Salish territories.

Soon, the school’s success inspired a biology teacher who invited Labow to farm with her high school. Labow was intrigued, but wondered if it could be done well. How would expansion work? How much would it cost? Back then, in 2010, there were no examples of similar projects in Canada. The growing popularity pushed Labow and her colleagues to officially become a non-profit organization and to sign a licensing agreement with the Vancouver School Board, allowing it to legally farm at the school. By 2013, Fresh Roots had struck up partnerships with two secondary schools, David Thompson and Vancouver Technical. “As a team, what we really believed in the most was good, healthy food for all,” says Labow. “We came to that place where we realized education was more important than the farming and that the farming would be the pathway for educational opportunities and social justice work for the good food movement in the West Coast.”

Dubbed the Schoolyard Market Gardens, the Fresh Roots gardens provide grounds for commercially productive educative farms that both teachers and the community can use. Labow is a strong believer of the “train the trainer” model and she spearheads workshops for teachers in collaboration with other local organizations. In turn, teachers learn how to physically plant crops and connect their curriculum to the garden so they can teach outside in fresh air. There are programs for community members, too. Fresh Roots assists youth workers, social workers, and neighbourhood house programmers with integrating garden spaces and growing food into their programs. Community members who want to hone their urban farming skills can attend workshops like Making Kimchi Together, Backyard and Schoolyard Garden Irrigation, Garden Planning and Design, among others.

Over the past five years, Labow says more than 400 teachers from Vancouver have attended Fresh Roots’s professional development days, where they learn how to connect material they’re teaching from the curriculum to the gardens. At David Thompson S.S, students in the culinary arts program prepare food from the garden to serve in the cafeteria—all part of an initiative to connect students to where their food comes from.
The gardens bring the community together. In addition to student volunteers, Labow says many neighbourhood locals and elderly folk also come out to the gardens. In the past year alone, 1,300 volunteer hours were logged. Those in the community who don’t physically lend a hand subscribe to the organization’s Community Shared Agriculture (CSA) salad boxes. “It’s another way people in the city have an opportunity to communicate with their neighbours,” she says, “and take part in something that is bigger than themselves.”

When Labow isn’t out in the garden—or winning a Vancouver Award of Excellence with Fresh Roots—she’s giving talks in schools surrounding the good food movement, and the importance of food literacy and security. “As urbanites, every consumer choice we make has a local and global impact,” says Labow. “What I’m learning is that the Schoolyard Market Gardens have become a place that reminds people of all their daily consumptive choices, and not just around food.”

EMILY RIVAS is a Toronto-based writer and editor. A recent graduate of Ryerson University’s journalism program, she enjoys writing about arts, culture, feminism, and societal issues. She currently works as an assistant editor at Today’s Parent.