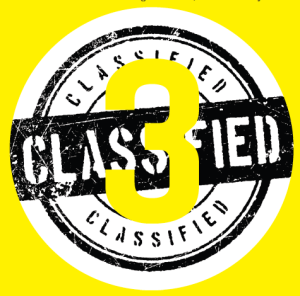 HERE ARE JUST A FEW of the things that keep James Turk up at night: Unapologetic fear mongering; trampling over fundamental civil rights; limiting access to information; an invasive gaze cast over Canadians protesting in public, leading to their arrest; an iron fist that limits Canadians’ ability to move freely across borders; the introduction of the sprawling, new general terrorism offences, a broad term that has the ability to indict Canadians for private conversations the government deems “reckless”; and much more. Though the list sounds like plot points in a dystopian thriller, all these things are happening in Canada right now. No wonder Turk, the director of the Centre for Free Expression at Ryerson University, believes Canada needs to urgently reform its information legislation.

After nine years of Stephen Harper’s federal Conservative government, Canadians know less than ever about how their government is governing. We have now seen an onslaught of legislation, media protocols, and funding cuts designed to keep information hidden and people silent. Scientists, academics and librarians are all subject to The Media Relations Protocol, an Orwellian piece of legislation implemented in 2007, that was once meant for climate change researchers, but has now bled into all areas. It states that government employees should have one unified voice and stipulates that if government scientists and academics are approached by media or concerned citizens, that they respond to inquiries with “approved lines.”

But of the various changes we have seen throughout the nearly, decade-long leadership of Mr. Harper, Bill C-51 offers perhaps the most nefarious implications to democracy in Canada. Under Bill C-51 confidential information can be disclosed “to any person, for any purpose.” Canadians’ tax information, health and passport applications are just some of the information now freely shared between government departments. Private conversations can be interpreted as terrorism and result in the detention of Canadians for up to five years. Online posts will be censored under C-51 and internet service providers and telecom providers can be directed to remove any content deemed as terrorist propaganda. If a you teach political science, and want your students to see a video from a group like ISIS or Boko Haram, as well as material condemning them, the material could be forcibly taken down from your web and social media sites. C-51 would also allow for you to be identified and located for posting such materials, says Turk.

Any group activities that are considered to challenge the security of Canada, including those that affect the economic stability of Canada, such as a strike of auto workers or oil workers, are offences under Bill C-51. Protests and strikes that lack the proper permits will also become causalities of this new legislation—something that could, for instance, negatively affect protests to defend aboriginal land claims or to oppose pipelines. A protest can be deemed “unlawful,” adds Turk, for reasons as trivial as violating a noise by-law by using a megaphone.

To add to the list of various civil rights violations, Canadians’ ability to move freely across borders may be limited under C-51. The bill extends the Passenger Protect Program so the government has the ability to add anyone to the no-fly list. People on the list could be denied boarding passes. No transparency will be offered—a person can be denied a boarding pass without being given a reason. Bill C-51 will also empower Canadian customs officers with the increased ability to search through people’s possessions and confiscate anything they consider to be terrorist propaganda, including “writings, signs, visible representations or audio recordings.” This newfound authority could include computer and phone searches, and would give border officials full discretion to choose which materials to seize. “The bigger threat than terrorists is a government that tries to take away our democracy,” says Turk, “in order to try and fight to save democracy.”

A recent analysis conducted by the Toronto Star, spanning from June 2013–July 2014, reveals the disturbing lack of transparency offered by the Canadian Government when it comes to the public’s right to know. Of the 28,000 requests made for government records, for instance, a mere 21 percent were returned redaction-free. The report also found the government was unable to find records 18 percent of the time. Only 26 percent of information requests directed to Environment Canada were left uncensored.

Such trends have deeply disturbed Mark Bourrie, Carleton University professor, political activist, and author. His latest book, Kill the Messengers, is a 400-page investigation into the Harper government’s unofficial mandate of muzzling. Bourrie describes the Harper-imposed media protocol documents as a “willful blindness.” If the federal government convinces itself that it does not see issues such as climate change, for instance, he says, it can believe they don’t exist. In that case, the media relations protocol controls information so that a specific narrative on history, science, and public policy can be set, he adds. “It’s like going into a card game with a deck of cards up your sleeve,” says Bourrie. “Because you can’t argue science with people if you don’t know the science.”

In Kill The Messengers, Bourrie reveals that between 2007–2012, media coverage on climate change issues fell by 80 percent. In his research, Bourrie found that the Harper government held meetings on ways to cut Environment Canada’s budget by $60 million in the 2012 federal budget and made sure that media and communications specialists were present in the room to weave a Harper-friendly narrative. These trends have put many people in the academic community on alert. Organizations such as Scientists For The Right to Know have formed with a mission to educate Canadians on the dismantling of freedom of speech and to advocate for more transparency surrounding government research. “Canadians are paying for this research,” says Chloe Shantz-Hilkes, executive director of Scientists for the Right to Know. “These are tax-funded studies that we don’t get to hear about because of the communication protocols. That is an absolute violation of our right to know about ourselves, the world around us, our environment, and how it’s changing.”

Not only is the Canadian government keeping publicly-funded research under wraps, it also eliminated the long-form census in 2010—a chief method of collecting data needed to research issues such as poverty, income inequality, and transportation. And it has done so in spite of the protests of its citizens. Killing the long-form census, says Turk, stripped Canadians of the ability to bring evidence to bear on these issues. To illustrate the overwhelming opposition to the government’s decision Turk lists a lengthy catalogue of organizations of Canadians who fought to keep the census, including such disparate groups as the Vancouver Board of Trades, the Canadian Jewish Congress, and the Evangelical Fellowship of Canada. “The government could find no organization that supported its position,” says Turk, who testified at several parliamentary hearings on the subject. “Labour unions, chambers of commerce—everybody was saying, ‘You can’t do this.’ But they did it anyway.”

Through media protocols, legislation and funding cuts a government has become all-powerful and all-seeing—yet it’s left a society that is conversely uninformed and because of this, ultimately, powerless. “The government has an ideological agenda and is absolutely single minded about imposing it,” says Turk. “And that’s what is really frightening.”