The hipster palace of fashion: Urban Outfitters. I’ll admit, I shop there. Of course, I speed walk immediately to the sale section in search of $7 sweaters—did I mention I’m the queen of bargains?—but even in my sprint to sale racks, I never fail to catch a glimpse of at least one totally offensive clothing item.

Why foster your own cultural innovation and creativity when you can pillage and exploit the cultures that you’ve already ravaged for centuries!? Apparently, companies have decided not to explore all the great amounts of non-offensive and really awesome art coming out of the West, because ignorantly capitalizing on the sacred image of Ganesha is just way more fun. It’s no biggie that we’re settlers on a brutally colonized land that was stolen from Indigenous people, because the genocides of the past can be so easily forgotten when you make Navajo-inspired underwear. Hey, let’s throw in a shirt reminiscent of the horrors of the Holocaust. Cultural insensitivity is so chic, don’t you know? 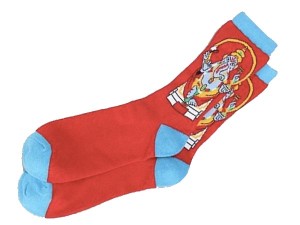 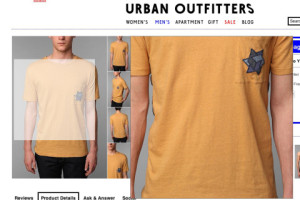 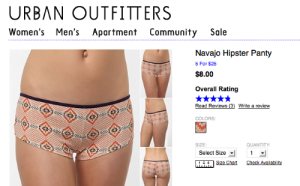 Is it just me, or do half the necklaces they’ve been selling these days look like they went through my Grandma’s jewelry box and stole my family heirlooms? Yeah, probably. 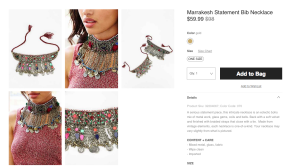 But in case cultural appropriation isn’t your thing, why not capitalize on a university shooting or serious mental illnesses? Nothing says fashion like trivializing eating disorders. 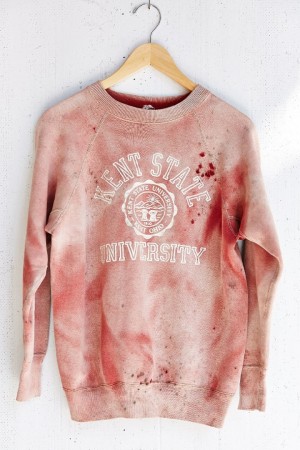 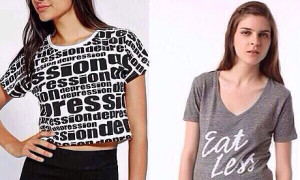 Apparently, when I was wearing my Hamsa necklace—a popular symbol in the Middle East that is thought to ward off bad luck and the evil eye—this somehow made me a “Spiritual Gangster.” Yes, that’s the name of this top: “Spiritual Gangster Henna Hamsa Tank Top.” Urban Outfitters never fails to get my eyes rolling. 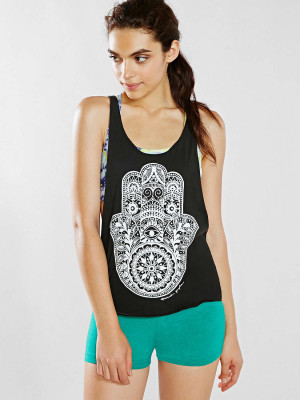 Seriously Urban Outfitters, you’ve got some nice clothes—I won’t lie—but every now and then you manage to create an item that is heinously awful and ignorant.

Urban Outfitters is a repeat offender of crimes of cultural appropriation, blatant insensitivity, and just, well laziness. With the vast abundance of art and design in this world, and the magical portal of information and exploration that is the Internet, you would think UO could come up with something better-looking and less offensive. I guess being called out dozens of times for really awful clothing concepts hasn’t gotten through to the retailer. Many of the products shown and mentioned above have been pulled from the store, because of the enormous backlash. But not to worry, UO will certainly be back with more!

And let’s be clear here: Urban Outfitters is not the only clothing brand doing this. Every day as I walk down the street, I see more of my culture and the cultures of others being sold as meaningless commodities in store windows. I can’t exactly boycott all these stores, or else I’d have nowhere else left to shop. So I bear the ignorance and go for the non-offensive and, of course, inexpensive goods instead.