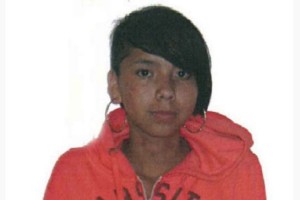 This past Saturday was the funeral of murdered teen Tina Fontaine, held in her Winnipeg home community of Sagkeeng First Nation. The 15-year-old girl’s body was found wrapped in a plastic bag after being dumped in Red River.

Let’s pause for a second here: Her body was dumped in a river. That’s horrifying. So too is the fact that Fontaine, like too many murdered and missing women of recent years, was aboriginal. How is this still happening? How can Prime Minister Stephen Harper says her death should be treated as a crime and not a sociological phenomenon?

Despite what Harper says, there is plenty of evidence to support concern that Fontaine’s death is part of a wider, more troubling trend. Take, for instance, the 2013 RCMP report Missing and Murdered Aboriginal Women: A National Operational Overview, which states: “Aboriginal women are over-represented among Canada’s murdered and missing women.” Or the August 19 press release from the Native Women’s Association of Canada (NWAC), which works  to advance the well being of aboriginal women and girls. “Every week now, we hear of another aboriginal girl or woman, who has gone missing, to be found brutally murdered,” says NWAC president Michèle Audette referring to yet another case—that of Samantha Paul, an aboriginal woman from Kamloops, B.C. whose body was found early this month after being reported missing almost a year ago. 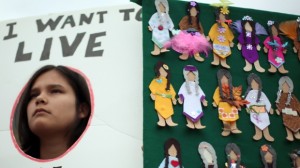 All this week, Canada’s premiers will meet in Charlottetown, P.E.I for the 55th Annual Premier’s Conference. Host Premier Robert Ghiz tells the Globe and Mail that a national inquiry will be discussed, “We’re hoping that if we can keep the pressure on the federal government, we will see a reversal in their decision.”

NWAC delivered 23,088 signatures to the Government of Canada in February 2014  petitioning for a national inquiry into this issue, in hopes to implement a national action plan. According to the NWAC website, the organization has not yet received a response.

Though an inquiry that could result in saving lives seems like a no-brainer, the call has received some loaded criticism—much of it vague statements void of any real agenda, except to derail progress. Take this opinion piece published August 23 in the Winnipeg Sun: “Race-based agendas like these perpetuate an us-versus-them mentality. It’s racial segregation. And segregation breeds contempt,” writes columnist Tom Brodbeck. “It’s not just counterproductive. It’s actually hurtful to non-aboriginal families whose mothers, sisters, and daughters have also been victims of murder.”

Aboriginal women, according to the RCMP report, make up 4.3 percent of Canada’s population. Out of this small percentile comes 16 percent of female homicides and 11.3 percent of missing women. When one group of people is so obviously targeted, we act. This does not negate the action against helping those outside of that group as well—but we need to identify the problem, and accept it as such, so it can be solved. In this case, that problem is a deadly epidemic.