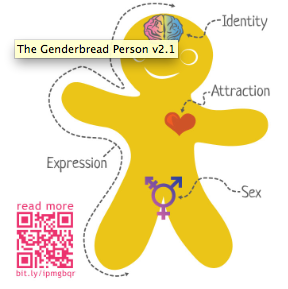 On April 29, B.C.’s Maple Ridge-Mission MLA voted against allowing people to change their gender designation on their birth certificate if they haven’t had gender reassignment surgery.

Bill 17 was first introduced March 10. Maple Ridge-Mission MLA Marc Dalton voted against Section 115, saying, “My concern is it might lead to more self-acceptance issues with young people.” In the past, Dalton has called homosexuality a moral issue, like pornography, adultery, gambling and abortion as well as promoting a church that aims to cure homosexuality in the legislature.

Gender and sex can be independent from each other. As the World Health Organization explains, “sex” refers to a person’s biological and physiological characteristics, where “gender” is about socially constructed roles; what a society sees as masculine or feminine behaviours. Things like sexual orientation are not dependent on an individual’s gender; a transgender person, for instance, is not automatically gay.

Dalton doesn’t get it, and probably never will. Gender, like sexual orientation, is not a choice. As teacher and staff liaison for the gay-straight alliance at Thomas Haney Secondary, Kathryn Ferguson, says: “Thank you, Mr. Dalton, for reminding me why we do need gay-straight alliance groups in the public school system.”