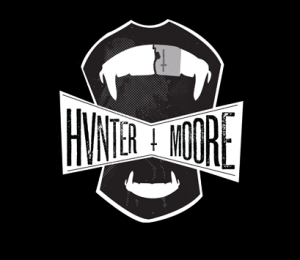 Moore’s already soliciting posts for his newest online venture, huntermoore.tv. He’s been planning it pretty much since Is Anyone Up shut down, telling The Daily in August that the new venture will be “‘Is Anyone Up’ on steroids.” The site, which started accepting submissions in November, currently has this message displayed for visitors to read:

My name is Hunter Moore and I created Is Anyone Up.com when I was 24 years old. I was broke and sitting on my parents couch in Sacramento, California with -$124 in my bank account. It was for me and my friends to post pictures of girls we were fucking at the time & somehow someone found it and it became what it was. I sold it because i hated what the media turned it into and it could never be what i wanted it to be and always wanted to troll the lame and boring fad that soccer moms love and thats “bullying”. We had too many hackers too much overhead and way too many legal problems. This time I am doing it right. We are going to start off by launching with all the old IAU content and all new content. The submission page has only been up for five full days and we’ve done over 7,000 submission within that time. I am creating something that will question if you will ever want to have kids. I am making something very scary but yet fun. If you remember the old IAU you will have it back but with a mobile APP to go along with it and a very strong social networking site of our community. I hope you are all as excited as i am.

In early November, Moore tweeted that his new site’s posts would include people’s home information including Google Earth directions on how to get there. He also told the New York Observer’s Beta Beat that this feature was “so you can stalk people.” BUT hey, now, Moore was totes just buggin’, ya dig?

In an interview with Salon published this past weekend, Moore said that he’d been “drunk and coked out” and “really [doesn’t] remember” that Beta Beat interview. He also took to Twitter, saying that, “Everyone is freaking out about the ‘mapping’ on user submitted content on the new site. It won’t be apart of the site i was drunk & trollin.”

OH BUT WAITTTT he actually will post some people’s addresses—just only of those who have wronged him: “People that I troll personally, I’m gonna be taking it one step further and making you look like even more of an idiot,” he told Salon. “It’s going to be me doing it and when people troll me I’m just going to do it 10 times harder. It’s only going to be for certain cases, not for everybody. I don’t want people to kill each other.”

But then he goes on to say, “I dunno, honestly, if someone fucking got killed over my site I’d make a shit ton of money, I’m not gonna lie.”

I’m really not sure what the worst part of all this is. Obviously Moore is pretty despicable as far as humans go, so everyone who reprimands him is, in my opinion, right to do so. And yet, there are so many media outlets (and I’m officially now guilty of this too) that have covered Moore: Rolling Stone and the Village Voice, for starters; he’s also been on TV talk shows like Anderson Cooper’s and been written about on websites like Gawker. Some of these media outlets even sort of glorify Moore, making him out to be fucked-up-experimental-dude more than monster. But is it either/or? I’m not sure. And I’m not sure how we combat people like Moore, either. If we don’t talk about him, he gets to go about his business under the radar, with little legal or social backlash. But if we write about him, if we give him the chance to explain himself, if we refuse to ignore the fact that he has over 99,000 followers on Twitter, are we not just giving him the attention he seeks, unintentionally adding fuel to the fire instead of stifling it?

On another level of disturbing altogether, Moore has become somewhat attractive to many women. He told the Village Voice that women come to him wanting to have sex with him, knowing full well that he was pretty much guaranteed to post something about their sexual escapades on his site the next day. There were also cases of underage kids (he wouldn’t post that on his site, come on, he has morals) saying they aspired to be on Is Anyone Up when they turned of age. The whole thing is messed up and makes me feel pretty sad for a lot of what the internet (of which I am a fan, too, don’t get me wrong) has done to us.

Moore gets off by pissing people off, revelling in the shock factor of his actions. He likes to make people mad, and he’s good at it. So what do we do? If it was up to him, we’d celebrate all the admirable deeds he’s done. Moore took to Twitter earlier this week to make that point clear: “All this press wants to focus on is me being the devil & none of the good things iv done.”