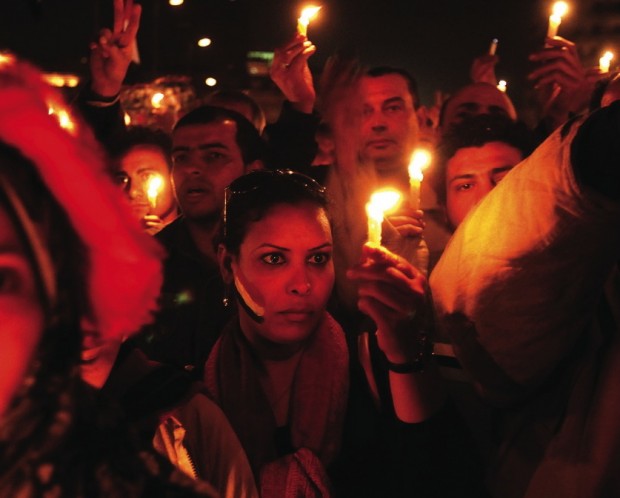 There’s no denying that, in many parts of the world, women’s rights are in a bad state. There are hundreds of organizations and thousands of activists working to change that fact. But the persecution of women throughout certain parts of the world has, in the last decade, been co-opted as a pretext for military occupation, and “saving the women” of these countries has not been the outcome. Women need to be more empowered all over the world; that goal is not going to be accomplished by military invasion.

In the wake of the 9/11 tragedy, the United States and its allies began the “war on terror,” invoking the appalling plight of Afghan women as one of the primary reasons for their intervention in Afghanistan, along with the promise of rooting out al-Qaeda and the Taliban. In November, 2001, the U.S. Department of State released a document entitled “The Taliban’s War Against Women.” The document began with the words: “Prior to the rise of the Taliban, women in Afghanistan were protected under law and increasingly afforded rights in Afghan society.” The same day that this document was released, Laura Bush launched a radio debut addressing the plight of Afghan women, in an effort to garner public support for the war. What was overlooked at the time, and continues to be overlooked eleven years later is the fact that the Taliban, in many ways, resembled their predecessors: the fundamentalist Mujahideen whom the United States had supported since the summer of 1979 in its efforts to defeat the Soviet Union in the Cold War. Furthermore, what the report and Mrs. Bush failed to mention was the fact that the oppression of Afghan women had begun with the U.S-backed Mujahideen, 20 years before the Taliban emerged, and that the plight of Afghan women would continue to deteriorate with the re-emergence of such individuals two decades later.

Prior to the ascendance of the Mujahideen, Afghanistan’s constitution, written in 1964, guaranteed women basic rights such as universal suffrage and equal pay. Women comprised half of university students, held government jobs and could travel and leave the house without a male escort. Moreover, “women made up 40 percent of Afghanistan’s doctors, 70 percent of its teachers and 30 percent of its civil servants. A small number of women even held important political posts as members of Parliament and judges, and most women did not wear the burqa.”

Beginning in the late 1970s and 1980s, Afghanistan became the hot battlefield in which Cold War rivalry was fought out. The U.S., solely interested in winning the battle against the Soviet Union, funded the Mujahideen to the tune of $3 billion; Saudi Arabia provided as much and likely more. Neither country appreciated the ramifications of such a decision—especially the effects it would have on women’s rights. When asked about support for Gulbuddin Hekmatyar, a misogynist figure who became notoriously known for throwing acid on the faces of women who refused to wear the veil, and whose group, Hezb-e-Islami received as much as 50 percent of U.S. aid , a CIA official in Pakistan responded: “fanatics fight better.”

With the end of the Soviet invasion, which had caused the death of countless civilians, and the subsequent withdrawal of Soviet forces, the U.S-supported Mujahideen came to power in the early 1990s. Burhanuddin Rabbani, the president of the Mujahideen Government of the Islamic State of Afghanistan suspended the constitution and issued strict religious decrees in its place. In 1992, Ayatollah Asif Mohseni (the interim governing council spokesman), who is now a close friend of President Karzai and the United States, along with Sayad Ali Javed (now a member of Parliament) publicly announced that they would begin implementing a new set of rules governing the conduct of women, which were referred to as the “Ordinance of the Women’s Veil.” These edicts prevented women from going out without their husband’s permission or talking with men who were not close relatives, and consequently led to the closure of many schools. Yet despite their similarities to the Taliban edicts, edicts collaboratively introduced by Rabbani, Mohseni and Javed received little criticism and the issue of women’s rights in Afghanistan was anything but important for U.S. and its allies prior to the 9/11 tragedy.

Today, eleven years after the NATO-led intervention, Human Rights Watch has determined that the situation for Afghan women is “dismal in every area, including health, education, employment, freedom from violence, equality before the law, and political participation.” The same warlords, drug lords and fundamentalists who were in power in the 1990s (whom Ronald Reagan called freedom fighters against the communist threat) have now formed the Northern Alliance. What is most apparent is that the re-empowerment of such individuals and the growth in the militarization of Afghan society have increased, not decreased, violence against women. According to a nationwide survey of 4,700 households carried out by Global Rights in 2008, 87 percent of Afghan women reported that they had experienced at least one form of physical, sexual, or psychological violence or forced marriage. Fearing retaliation and police abuse, victims of violence will not seek help, and the few who do often face hostility and more abuse, while perpetrators of violence receive impunity. In addition, according to Rachel Reid, a Human Rights Watch researcher, since the fall of the Taliban, the percentage of girls who finish school has risen from zero percent to just four percent—a very minor improvement, especially when considering statistics from the pre-Mujahideen era, when girls and women made up half of university students in Kabul. Girls’ access to secondary education, which is by far the most vital for women’s emancipation, is still very low as well. Only 11 percent of secondary school age girls are enrolled in grades 7-9 and a dismal 4 percent in grades 10-12.

Furthermore, today, for the first time in Afghan history, women must simultaneously face all the enemies of women’s rights. On the one hand, Mujahideen fundamentalists now comprise the Northern Alliance and are in positions of power, firmly supported by NATO forces; on the other, they must face anti-government insurgents: al-Qaeda and the Taliban.

Similarly the invasion of Iraq has not brought about much advancement in the realm of women’s rights. An Oxfam report in 2009 revealed that more than half of the women who had been interviewed had been forced to leave their houses since 2003, either because of violence or to seek employment. The report states that, “Nearly four fifths had stopped attending high school and university and 40 percent of those with children said their children were not going to school.” While sons were kept away from schools due to security reasons, daughters were kept away either because they were forbidden to attend, or because it was “too expensive”. This is a significant regression, considering that even under the brutal rule of Saddam Hussein, women were free to work, walk the streets unveiled, and go to school.

The wave of revolutions that swept the Middle East and North Africa in 2011 have provided a different narrative, though it remains an ambiguous one. Women formed a key constituency of the Tahrir Square protests that brought down Hosni Mubarak’s government in Egypt, but whether the revolution will produce an improvement in women’s rights remains to be seen, in Egypt and elsewhere. For instance, a few months after Mubarak’s ouster, army police broke up demonstrations in Tahrir Square and arrested seventeen women, assaulted them, and later threatened to charge them with prostitution. Human Rights Watch conducted interviews with two women who revealed that they were forced to undergo virginity examinations. One of the women who filed a lawsuit against the military has received death threats. The predominance of the Muslim Brotherhood—which, for all its reformist policies, is still very conservative about the role of women in society—in Egypt’s November elections also raises concerns about the future of the women’s rights movement in that country.

But there have been promising developments as well. Following the toppling of president Zine El Abidine Ben Ali, Tunisia’s electoral commission adopted a gender parity law, and in August, Tunisia became the first Arab country to withdraw its main reservations on the Convention on the Elimination of All Forms of Discrimination against Women.

The examples of Iraq and Afghanistan demonstrate that the toppling of tyrants and western invasions are not sufficient ingredients for the advancement of women’s rights. In fact, the situation for women has grown steadily worse in both countries. The Arab Spring demonstrates that—while there are no guarantees—popular civil uprisings, and not “nation-building” invasions, stand a much better chance of instituting the kind of radical change that makes improvements in the status of women possible.

Ava Emaz is a pseudonym. We agreed to withhold her name to prevent harassment by Iranian authorities. She is a freelance writer based in Toronto.