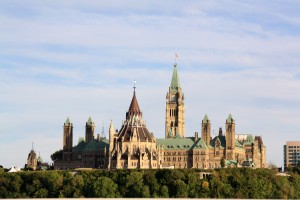 When the last parliament dissolved for the 2011 Federal Election, we profiled five bills that died when the writ was dropped. Four of those — cheaper HIV drugs for the developing world, protecting trans rights, improving water for First Nations, and improving decorum in the House — were real losses (the last, a painfully flawed copyright bill, we were not sorry to see go).

With parliament returning today, we were curious to see what’s coming back, and the answer is disappointing. Here are two bad bills that just won’t stay dead. Both are scheduled for passage this fall:

Check out Jason Kenney’s point of view on this returning bill. Reintroduction of The Human Smuggling Bill has intense opposition from groups such as the Canadian Council for Refugees and the Canadian Civil Liberties Association.

Heritage Minister James Moore laments the multiple attempts at passing the Copyright Modernization Act in this article. He hopes to see amendments to the bill completed by Christmas. Sponsored in partnership with Tony Clement, Moore’s Copyright Bill is also cloaked in controversy as educators fear the loss of their rights to use copyrighted materials in their classrooms.

It’s not all bad news. Showing unexpected endurance is Bill C-389, which would include gender identity and gender expression in the Canadian Human Rights Act and the Criminal Code. The NDP hopes to reintroduce the bill, which passed its third reading during the last parliament, in which six Conservatives voted in favour. It’s faint hope at best, however: its previous demise in a senate chock-full of Conservatives gives it little chance of survival in a Tory-majority parliament.