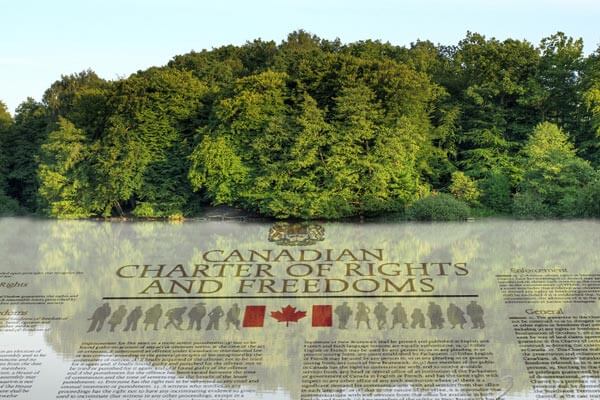 Over the last 40 years, 90 countries have amended their constitutions to include the right to a healthy environment. Portugal was the first in 1976, and since then scores have followed, from Argentina to Zambia. But not Canada.

What we have is the 1999 Canadian Environmental Protection Act. Under that law, polluters found in violation can be fined up to $1 million a day, sentenced to three years in jail, or both. Unfortunately, CEPA’s overall efficacy is dubious. Consider environmental lawyer and author David R. Boyd’s comparison: fines levied under CEPA from 1988 to 2005 totalled $2,224,302; in 2009, the Toronto Public Library collected $2,685,067 in overdue book fines. “It is absolutely vital for us in the years ahead to amend our constitution to reflect the right to a healthy environment,” says Boyd. Doing so prompts many notable environmental improvements and, better yet, allows people to hold governments accountable—that’s key considering who most often suffers environmental burdens.

Take Sarnia, home of the Aamjiwnaang First Nation. Canada’s first oil refinery opened there around 1871. Today, Sarnia is home to 40 percent of Canada’s petrochemical industrial operations. Within 25 kilometres of the Aamjiwnaang reserve, there are more than 60 industrial facilities, about 46 of them on the Canadian side of the border. Among these are three of the top 10 air polluters in Ontario. In 2005, these facilities emitted almost 132,000 tonnes of air pollutants.

“If people had a constitutional right to live in a healthy environment,” says Boyd, “a government or court would have stood up and said it is unjust to continue piling pollution onto these people.” Instead, in 2010, two members of Sarnia’s Aamjiwnaang First Nation launched a lawsuit against Ontario’s Ministry of the Environment; the case goes to court next year. The two members of the Aamjiwnaang assert that by permitting a recent 25 percent increase in production at a Suncor refinery, the government has violated Section 7 of the Canadian Charter of Rights and Freedoms: the right to life, liberty and the security of the person. Lawyers also cite a violation of equality rights under Section 15 of the Charter, saying the Aamjiwnaang bear a disproportionate environmental burden.

However, according to Ecojustice lawyer Justin Duncan, who is arguing the case, if the constitutional right to a healthy environment already existed, “we would be arguing about the amount of pollution and comparing that to existing laws.” In other words, without an explicit constitutional right, it takes judicial gymnastics to justify environmental protection. Responsibilities also remain ambiguous, Duncan adds, making it difficult to enforce regulations or respond to modern environmental challenges. Talk about murky waters.