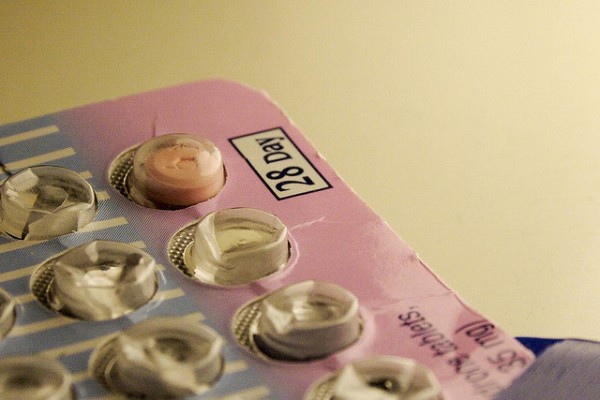 Canadian women have fewer options than their counterparts abroad when it comes to birth control choices. Creative Commons photo by Flickr user vociferous.

Sitting up on the examination table, I can hear my sterile paper gown crinkling with every movement. The gynecologist sits a few feet away, looking up at me, and I feel like a stage performer as I explain the reason for my visit. “I’ve tried and hated almost every type of hormonal birth control,” I tell her. “I want to know about non-hormonal options.” She nods when I reveal I’m in a long-term, monogamous relationship; she tenses up when I say I’m interested in an IUD or a diaphragm.

My request was uncommon. Hormonal contraception is the unequivocal norm for most young Canadian women, and research for other options is virtually non-existent in this country. Birth control is low on the health agenda, and this oversight is putting Canadian women at risk.

In the last decade, I’ve sampled nearly ten kinds of hormonal contraception. By the age of 19, I had tried five different types of oral contraceptive. Puberty came with a prescription for the pill to help control heavy periods. In university, hormonal contraception threw me into an emotional frenzy. Going from the pill to the Depo-Provera injection to the Nuva Ring, I experienced symptoms that included an obsession with my weight, loss of my sex drive and intense mood swings. As a responsible young adult in long-term relationship, I was a good candidate for a vaginal barrier method or an intrauterine device (IUD), but I was unaware of those options and they were never mentioned. Campus physicians continued to advocate hormonal methods, convinced they could find “the right match.” Still, my body was completely uncooperative. I assumed I was the problem.

My latest attempt, a consultation with a gyno, earned me a prescription for a diaphragm. After trying more than a dozen pharmacies, I discovered that diaphragms are nearly non-existent in Canada. A call to the manufacturer revealed that in 2010, less than 100 devices were distributed across the country.

Finally turning online, research led me to the FemCap, a highly recommended new version of the cervical cap. An American product, it’s said to be comfortable, reusable, purchasable online and most importantly, hormone-free. I included the recommended organic spermicide with my order, because it’s not available in Canadian pharmacies.

When my gadget came in the mail, my boyfriend and I watched the unintentionally hilarious instructional video, which features a real vagina and animated sperm whose mission to fertilize is thwarted by the FemCap. To be sure, I ran the device by my family doctor. She’d never even heard of it, but she was enthusiastic. After giving it her seal of approval, she asked to keep the instructional pamphlets I brought in.

Advancement in non-hormonal birth control is not a popular field of research and statistics show Canadians are particularly unaware. The United Nations’ 2009 report on contraceptive use says the world’s most popular form of reversible birth control is the IUD. This is the method of choice for 14 per cent of the world’s women. While the report shows the pill is the most popular option for most developed countries, on the global scale only nine per cent of women rely on it. In Canada, one in every five women uses oral contraceptives. The condom is second in popularity with 15 per cent, followed by traditional techniques like the rhythm method at nine per cent. The IUD and vaginal barrier methods (including the diaphragm and the FemCap) are each used by only one per cent of women. In contrast, a whopping 13.5 per cent of European women report using an IUD and 14 per cent rely on natural family planning.

So why are Canadian women so dependent on hormones?

Cindy Weeds, the coordinator of women’s programming at Planned Parenthood Toronto, explains that North American women have normalized the consumption of hormonal birth control. “Often we see women who come in and all they know about is the pill,” she says. Whether this is the cause or the effect of the current contraceptive landscape is difficult to say. Proliferation of hormonal methods is cyclical: as these contraceptives become more accepted, the industry becomes more profitable and advertising increases. This ensures the products stay on the radar and gain approval, re-launching the cycle. “Certain kinds of pills are really heavily marketed, particularly to young women,” says Weeds.

One of the consequences of this consumption cycle is a decrease in demand for non-hormonal products, reducing their supply and leading to a dearth of available information.

Fear of pregnancy is also a consideration. The pill boasts a 99.9 per cent rate of effectiveness, while the diaphragm has a failure rate between four and eight per cent, a margin of error too risky for many.

In Canada, advancements in the study of contraception are not a priority: little research is done to develop any new methods of birth control, let alone non-hormonal alternatives. Since 2008, the Canadian Institute of Health Research has spent $916,226 on birth control-related research, none devoted to new developments. In contrast, research devoted to pregnancy and conception received more than $20 million in funding, 22 times the amount allocated to birth control. And for example, while $14,000 was given to a British Columbia conference focused on sexual health education, $20,000 was allocated to finance events honouring the oral contraceptive’s 50th anniversary.

Women will often accept the side-effects of hormonal birth control because their fear of conceiving is so great. But, as Amy Sedgwick, owner of Toronto sex and health store the Red Tent Sisters, says, “there’s really no other comparable situation where millions of healthy people are taking a daily drug.” Numerous studies warn of the effects of hormonal contraception. The pill is said to impair muscle gain and increase women’s risk of heart attack, stroke and cervical cancer. Studies have also shown that women who use hormonal contraception are more susceptible to mood disorders and sexual dysfunction, and prolonged use of Depo-Provera, the hormonal injection, has been linked to bone-density loss.

Birth control has been lauded as a bastion of feminist liberation and empowerment, but our dependence on hormonal methods is worrisome. As women wait longer than ever to have children, they are relying on these drugs and devices for increasing periods of time, sometimes decades. Considering the volume of research revealing frightening long-term effects, hormonal birth control should be dispensed with a plan and a well-thought-out exit strategy. Most importantly, non-hormonal alternatives should be discussed, and used, in Canada.

Hormonal birth control disconnected me from my body and made me feel uncertain about my wellbeing. Using the FemCap has kept my health and sanity intact, and disturbing instructional video aside, my partner is a big fan. Just don’t make him watch it again.