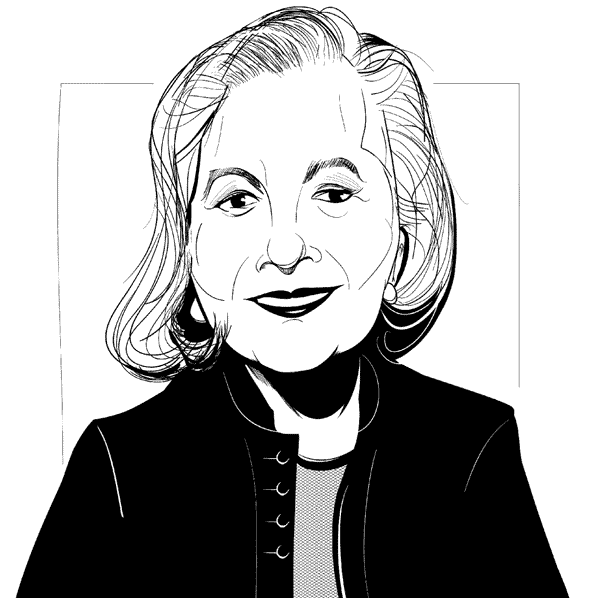 Born in India, Omidvar earned her bachelor of arts before going on scholarship to Germany, where she met her Iranian husband. The two moved to Tehran before fleeing the Islamic Revolution. They landed in Germany with few prospects, ultimately seeking asylum in Canada.

Both arrived with a wealth of education, skills, and experience, but it took them six years to find stable employment. She remembers befriending other credentialed immigrants who worked in unskilled labour or drove taxis, all seeking the elusive but vital Canadian work experience that would lead to better jobs.

Profiled by The Globe and Mail as this decade’s nation-builder for citizenship, Omidvar now works to ease immigrants’ path to prosperity as president of the Maytree Foundation, a private Canadian charity dedicated to reducing poverty.

Maytree sees systematic poverty as the main threat to Canadian society, and uses more than just money to fight it. Among the foundation’s tools at hand are grants, training programs, research, networking, policy proposals, and scholarships.

Instead of just studying the problem of poverty, “we have the capacity to put some of these really good ideas into action, and see if they work or not,” says Omidvar. In that way, Maytree has become a kind of angel investor for poverty-reduction schemes, experimenting with pilot projects, scaling up the ones that work and learning what they can from the ones that fail.

Since Omidvar joined Maytree in 1998, the foundation has oriented its focus to immigration, integration, and diversity. Two recent Maytree projects aim to empower new Canadians and help those in power to reap the fruits of diversity. One Maytree project, for instance, the Toronto Region Immigrant Employment Council, helps skilled immigrants get Canadian credentials, teaches businesses how to hire, train, and integrate immigrant employees, and lobbies government to adopt policies that encourage immigrant employment. DiverseCity, a program launched in 2008, aims to increase racial diversity on boards of directors and in the media by building a directory of experts from minority communities.

With an appointment to the Order of Ontario, an honorary diploma, and a book set to launch in September, Omidvar has thrived in Canada. But she laments the lost time and productivity she and many immigrants endure.

“I lost 10 years—the best 10 years of my working life—and I’ve kind of dedicated myself to making sure others don’t lose 10 years, 20 years of their working life; that they can ease into life, far better and quicker than we were able to.” But Omidvar says the real reason she advocates for immigrants is because when they thrive, everyone does.

Doug Saunders Then: This Magazine editorial board member, 1995. Now: London-based European bureau chief and columnist for The Globe and Mail. Author of Arrival City (2010). Follow @dougsaunders.
Dylan C. Robertson is a former This Magazine intern and currently interning at the Montreal Gazette.
Share Tweet Email Print