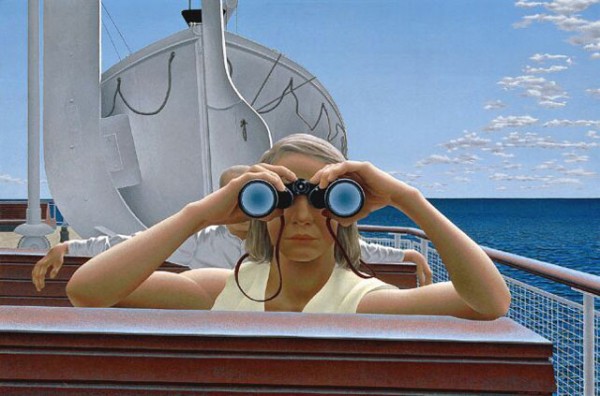 Their jobs sound like an oxymoron in Canada’s present political climate; arts professionals earn about half the average national income per year, a large chunk of which comes from grants. That public funding is in danger since Stephen Harper made it perfectly clear he doesn’t consider the arts a priority. Given that the main agenda of his Conservative majority is to balance the budget, the Canada Council Canadian Conference of the Arts recently predicted cuts of “at least $175 million” to arts, culture and heritage. And two weeks ago, adding insult to the threat of injury, Sun TV attacked interpretive dancer Margie Gillis by distorting grant tallies in a ham-fisted effort to devalue the arts. In this state of worry and frustration, what can bring some sanity back to Canadian arts policy?

Jeff Melanson, currently co-CEO the National Ballet School, and soon to be president of The Banff Centre, made a provocative suggestion at a talk in late May hosted by the Literary Review of Canada: a new Massey Commission.

Canada’s “Magna Carta of arts and culture,” as the commission’s report was nicknamed, was released in 1951. The detailed document gave advice on the state of Canada’s arts, sciences, humanities, and media based on three premises:

With then University of Toronto Chancellor Vincent Massey at the reins, the commissioners were poised to spur government spending in the arts. But before I let you in on their recommendations, let’s set the stage with some juicy historical context.

History of the Massey Commission

Rewind 67 years. Canada was nearing the end of the Second World War, a key part of which was fought using propaganda. Nazi Germany and Soviet Russia needed to keep their populations confused and complacent; the U.S. and Canada wanted their citizens to buy liberty bonds and join the army. Information and creative expression were deployed against the masses.

Before the war, Canada’s government had no real investment in the arts. The turning point came when arts groups began calling on their government to support culture as a way of protecting democracy.

As a negative argument, stifling creativity is censorship’s equal. As a positive argument, the arts play a role in driving democracy through freedom of thought, belief, opinion and expression. (Thank you section 2(b) of the Charter.) Citizens who think critically and express their ideas creatively are a basic part of any healthy democracy — they hold government accountable.

After the war was over, Canada’s government created the Royal Commission on National Development in the Arts. Two years later, the commission produced a body of research and advice that blossomed into an independent institution by 1957. To this day, many artists still fiercely protect the Canada Council for the Arts as if their lives depended on it—which for some is pretty close to the truth.

Please direct your gaze to section 15 (XV) of the Massey report: “The Artist and The Writer.” Here you will find a time capsule detailing the state of such creative endeavors as music, theatre, ballet, painting, architecture, literature, and Aboriginal arts. It is, I think, a must-read for all artists — and any naysayers. It will remind them that Canada indeed has written policy that places high value in artistic work.

This section begins with the suggestion that the extent to which a nation supports its artists is a measure of how civilized it is. Just how civilized was Canada back then? The report quotes the Arts Council:

“No novelist, poet, short story writer, historian, biographer, or other writer of non-technical books can make even a modestly comfortable living by selling his [or her] work in Canada. No composer of music can live at all on what Canada pays him[/her] for his[/her] compositions. Apart from radio drama, no playwright, and only a few actors and producers, can live by working in the theatre in Canada. Few painters and sculptors, outside the fields of commercial art and teaching, can live by sale of their work in Canada.”

This raised a vital question for the commissioners: if artists were so undervalued that they could barely sustain themselves, how could they gain funding? It only made sense for taxpayers to chip in — to protect Canada’s democracy and “civilize” our apparent philistinism.

The commission urged the resurrection of the Canada Council as an arms-length body. It would boost not-for-profits, promote artists abroad, and dish out scholarships. The independence of this body was key. As Margie Gillis calmly pointed out in the midst of Sun TV’s sensationalism, the government does not fund Canadian artists directly; instead it endows funds to the Canada Council. The Council consists of no more than 11 respected artists and educators who hold their positions for no more than four years each. Grant recipients are selected through a fair and open process.

A new commission on the arts

Today many of the report’s recommendations are dated. For example, Massey’s posse tagged radio as a “new technology.” While it remains an important medium, radio has been swallowed alive by the web and social media. Artists have harnessed these newer mediums for creative projects, including this fabulous example.

But technology is far from the report’s only concern. As Tom Perlmutter, chair of the National Film Board of Canada, told the Toronto Star:

“What we need now is not one particular policy patchwork fix but the new Massey-Levesque for the 21st century. We need to rethink the fundamental conceptual framework that can give rise to the cultural policies that will serve us for the next 60 years.”

Whether it is updated or started again from scratch, this not-yet-conceived report should be the brainchild of Canadian artists. They should review those ever-important premises about promoting the historical and cultural richness of our country. They should reassess how creative minds are using technology. They should research how Canada’s cultural policies compare to those abroad. And, most importantly, they must underline the fundamental reason that Canadians support the arts financially: the health and vibrancy of our democracy.