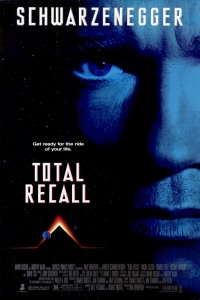 You can vote a politician in, but wouldn’t it be fun to vote one out? Well you can — in the US, in Switzerland, in Venezuela, and even in BC.

Voter recall—known in political science as a citizens’ initiative—is best known for taking place in the basketcase democracy that is California.

In 2003 the “Dump Davis” campaign was launched a year into Gray Davis’ second term in office. Davis, who described the initiative as a “right-wing power grab,” was voted out after an electricity crisis, an ongoing financial crisis, and a public image crisis.

The $66 million recall — the second state-level initiative in US history (most are mayoral) — resulted in a snap election with many candidates including Arianna Huffington, Gary Coleman, and ultimate determinator Arnold Schwarzenegger.

Last year, Illinoisans did some legal fidgeting allowing them to do likewise after facing gubernatorial scumbag Rod Blagojevich. Angry Wisconsinites might follow suit.

Last week, in the run-up to Ontario’s election this October, one Progressive Conservative MPP floated the idea of implementing recall legislation. Although the proposal’s likely just a distraction in a campaign that’s had little substance, the idea has been gaining some traction. One candidate in Toronto’s recent mayoral campaign proposed a similar initiative.

While some commentators have shown interest, others have decried the proposal as an extra apparatus for the Tea Party’s populist toolkit. NDP MPP Peter Kormos dismissed the initiative as being among “interesting things that come from the right.”

Ballot recalls aren’t too popular in Canada. The Albertan government passed the Recall Act in April 1936 but rescinded it 19 months later after public support dropped. A bill to reintroduce the act had its first reading last year.

British Columbia is the only province where voter recall is an option. It was implemented in 1995 by the provincial NDP after a 1991 referendum, but it’s much more stringent than American legislation.

In California, a successful recall petition requires an number of signatories equal to a percentage of those who voted in the last election for the office in question: 12 percent for statewide offices and 20 percent for local senators. Because only half of registered voters actually voted in the 2003 election, only six percent of registered Californians were needed to oust Davis.

Luckily, a voter recall is much harder to stage in BC, where the required levee is 40 percent of all of registered voters — regardless of whether they even voted. Not that an actual recall is necessary. The threat alone can shake things up.

Last summer, anti-HST activists mounted a recall campaign in an attempt to oust Liberal MLAs in ridings with shaky support. What resulted was a premier’s resignation and a related NDP coup, described by one voter as an “internal recall.”

If it is implemented in Ontario, Alberta, or elsewhere, let’s hope voter recall produces better results for democracy than its antithesis.