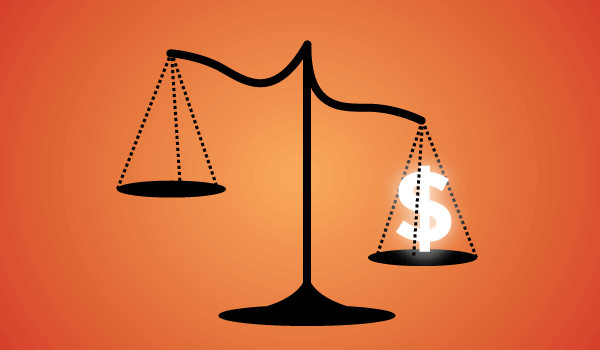 On February 8, roughly 1,500 Quebec crown prosecutors and lawyers went on strike in frustration over being the country’s most overworked and underpaid public lawyers.

The strike is believed to be the first in Canada. Prosecutors were given the right to strike in 2003 by the provincial government, who opted for contracts and incremental raises instead of binding arbitration. The aim of the strike was to close a 40 percent income gap separating Quebec from the national average.

An episode of CBC’s The Current examined the pay discrepancy and resulting backlog of cases. Lawyers discussed the low morale that comes with insufficient time to do justice. Decrying an understaffed system, one guest spoke of rape victims only getting 90 seconds to speak with a prosecutor.

A group representing the striking prosecutors says low salaries prevent the province from retaining the most competent lawyers, who must challenge the arguments of well-paid defence lawyers. Lawyers have left the provincial system, lured by competitive salaries in the private sector and other provinces. The result is a high rate of turnaround, with younger, less experienced prosecutors filling spaces left by those seeking greener pastures.

After the two weeks of picket lines, Quebec Premier Jean Charest legislated provincial prosecutors and lawyers back to work. The strike threatened provincial legislation, as state lawyers write the laws passed by the National Assembly.

As part of its back-to-work legislation, the province implemented a pay rise of 6 per cent over five years. It also announced plans to hire 80 new prosecutors and 65 related staff. The group that mobilized the strike estimates that Quebec lacks 200 crown prosecutors — 45 percent of its current workforce.

The resulting outcry is affecting the provincial government on multiple fronts. Not enough prosecutors have stepped forward for an upcoming biker-gang trial implicating 155 Hell’s Angels members. The government created an anti-corruption unit to prosecute those allegedly involved in organized crime in Quebec’s construction industry; crown prosecutors have boycotted the project. Last week, half the province’s top prosecutors asked to be reassigned, citing precarious working conditions.

With a federal election looming, Stephen Harper is pursuing a tough-on-crime agenda, with stiffer penalties for young offenders, more prisons and fewer programs like prison farms. Toronto mayor Rob Ford wants more cops — something even the police union disagrees with — in an effort to grab the public safety vote.

All these proposals are empty hypocrisy without more crown prosecutors and lawyers, and adequate funding to pay them. They’d have to be well-paid to avoid the precarious conditions now experienced in Quebec. Otherwise, we risk undermining one of society’s most crucial institutions.