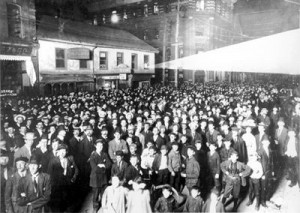 From the Second World War until the end of the 20th century, roughly 75 percent of eligible voters consistently cast ballots in federal elections. During the Jean Chrétien era, however, that number began to drop and has been declining ever since.

There are many theories as to why this is the case: the increased frequency of elections, less civic obligation, increased skepticism about government’s efficiency, proliferation of negative campaign advertisements, decline in socialization, and administrative changes, like the move from voter enumeration to a permanent electors list. Each exhibits empirical validity, but none entirely explains the downward trend.

It’s not just Canada—voter turnout has declined around the world, and it has been declining steadily by generation. This is particularly troubling because we know that voting is a life skill which needs to be learned early. Disengaged youth today become disenchanted taxpayers tomorrow.

Changing voting rules to allow multiple ballots, transferable ballots, or proportional representation are frequently advanced as improvements Canada should consider. Each has merits and each would improve voter turnout, but only modestly.

During the 2000 election, when turnout dipped to 61.2 percent, the chief electoral officer was asked if he would consider proposing to Parliament that voting be made compulsory, as it is in several jurisdictions around the world. He said at the time that he did not support the idea, but if voting dropped below 60 percent he would reconsider his position. In the last federal election the turnout was 58.8 percent. It’s time for a public debate on the idea.

Voting is compulsory in a number of countries, including Australia, which shares our basic political system, constitutional framework, and colonial history. We already make a large number of civic duties obligatory, such as jury duty. So why not voting? There is no reasonable argument that a few minutes out of a citizen’s day every four years or so to make them visit a local polling station is an unfair burden for living in a democracy.

It needs to be clear that what is compulsory is not voting; only spending a few minutes at a polling station. Voters are free to destroy their ballot. In fact, in most countries with compulsory voting, there is a box one can check to state “none of the above”.

With the introduction of compulsory voting in Australia, the turnout went from less than 60 percent to over 91 percent overnight.

Nevertheless, Canadian politicians may be reluctant to lead public opinion. That is why, in 2002, I suggested an alternative: offering a tax credit for voting. Use a carrot instead of the stick.

This is a very Canadian approach, as we have a long history of using taxation to encourage behaviour, including the funding of political parties. A tax credit would provide an incentive to vote. More importantly, it would offset some of the costs associated with voting that disproportionately affect lower-income Canadians. It could be means-tested, and thus paid only to those whose income level is likely to be a barrier to civic participation.

Working people used to be paid to vote by their employers, who were obligated by law to give time off work on election day, but this obligation has been lessened due to the staggering of hours for polling stations. Even when it was provided, paid time off to vote never helped people whose employment was piecemeal, shift work, temporary, or casual—the least affluent members of our society.

There are tangible costs associated with voting, such as transportation, hiring a babysitter, and time spent collecting information and following the issues. These costs affect people differently based on their socio-economic circumstances. In the U.S. mid-term elections in November, for example, it was found that the economic situation had deterred a large number of low-income African-Americans from voting simply because of the administrative costs associated with registration.

To date, the Liberal party of Alberta is the only political party to adopt my idea of a voter tax credit, and no political party in Canada has endorsed compulsory voting.

It is probably a safe bet that the Conservative party of Canada will not introduce compulsory voting on its own, given its fear of all things compulsory (like the long-gun registry and the long-form census), or support a voter tax credit because it will be afraid it might benefit another political party. But there is no evidence that compulsory voting benefits either side of the ideological spectrum.

The turnout in U.S. mid-term elections is usually around 40 percent, one of the lowest for an industrialized democracy. The disproportionate impact of the right-wing Tea Party movement is only possible because of this low turnout.

In ancient Athens, voting was compulsory and people were financially compensated for taking time off to participate. This became the largest item in the government’s budget, but it was a new experiment in government in which they believed strongly—clearly more strongly than we do 2,000 years later.