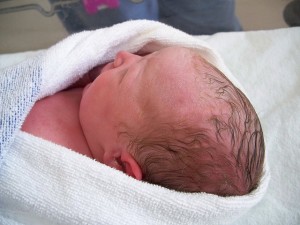 Safe, affordable midwives are in demand, but a lack of education and funding forces healthy mothers into hospitals. Creative Commons Photo by Dave Haygarth.

It wasn’t until the early 1900s that it became “normal” to have a baby under the watch of an obstetrician in a hospital. But over the last few decades, childbirth has become an increasingly complicated, medicalized affair, with more inductions, surgeries, and drugs than ever before. The advancements have saved many otherwise dangerous deliveries, but it can also traumatize healthy mothers who would otherwise be fine on their own. Cesarean sections are increasingly common, for instance: Canada’s current C-section rate is 28 percent. The World Health Organization says it should be closer to 15.

Modern hospital-based childbirth, says Tonia Occhionero, Executive Director of the Canadian Association of Midwives, could result in a “cascade of interventions.” Sometimes there’s a temptation to use every tool available, even if that’s not always the best option. An unnecessary induction of labour, for example, can produce a snowball effect, with medical interventions accumulating, quickly complicating low-risk births into higher-risk ones.

According to the Canadian Association of Midwives, 70 to 80 percent of women could deliver on their own without complications and would therefore benefit from midwife supervised delivery at home, in a special birthing centre (only in Quebec) or even at a hospital. But health-care providers have been slow on the uptake.

“There are a lot of misconceptions about what a midwife is,” says Occhionero. “But how can we expect the general public to understand when midwifery still manages to be left out of Health Canada’s literature?”

But even without promotion of midwifery, more women are rejecting the assembly-line hospital birth—demand for midwives far outruns supply. There are only 850 midwives across Canada, 435 of whom are in Ontario, the first province where the profession was regulated in 1994. Ten percent of Ontario births are attended by midwife—but 40 percent of women who request a midwife cannot get one. With only six university programs offering certification, the shortage persists.

Occhionero says that situation will continue this way until schools add midwife training, which despite its earth-mother reputation is a highly professionalized four-year baccalaureate degree.