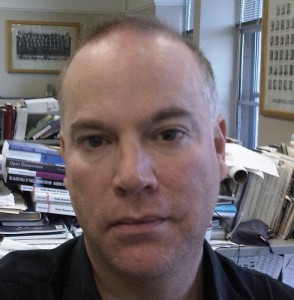 In Listen to This #020, This Magazine associate editor Nick Taylor-Vaisey talks with Ottawa Citizen Parliament Hill reporter Glen McGregor about the effect that social media like Twitter and Facebook are having on the news cycle, for readers and consumers, reporters, and politicians alike — but why social media is still no way to attract younger audiences.

Nick and Glen talk about why McGregor likes using Twitter as a breaking-news platform and the epiphany he had about how the Citizen could use it. But most importantly, instead of talking in grand abstract terms about How Twitter Is Changing Everything, they discuss how McGregor actually uses the web to do more reporting, faster. For instance, he employs a small army of robotic Twitter accounts such as Lobby Watcher, an automated Twitter account that sends out an alert every time a lobbyist meets with an MP or minister, or Restowatch, another robot that Tweets whenever an Ottawa restaurant is written up for food safety violations.