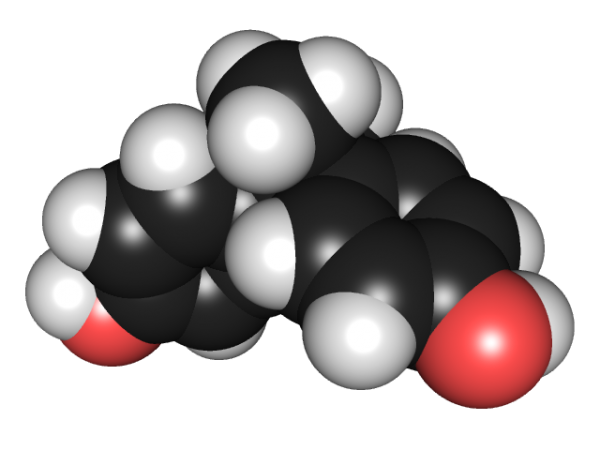 Computer model of a Bisphenol-A molecule.

Canadians – a bunch of walking, talking BPA vessels? Apparently so. Statistics Canada recently released results from their first nationwide look into bisphenol A, and the results aren’t pretty.

According to a Globe and Mail report on the stats, 91 per cent of Canadians tested show some sort of BPA exposure, and teenagers carry most of the brunt, with their bodies often containing up to 30 per cent more BPA than the rest of the population.

When the first round of BPA warnings surfaced years ago, it looked like Canada would take a stand that could lead to the ingredient being declared a toxic chemical. And since then, while that declaration has stalled, the levels of BPA found in our bodies continues to rise.

It can seem like fear mongering, but BPA really is in a shocking amount of everyday products. CDs, tin can liners, and plastic water bottles all contain BPA. Most people get a steady BPA diet through food packaging. The big deal is that the chemical mimics estrogen — the average level of BPA in our bodies is actually close to 1,000 times the normal level of naturally occurring estrogen.

Of course, some scientists, and those who are involved in the BPA industry, say that just because something is in our body, doesn’t mean it’s causing harm. And it’s true that while we can speculate on what this added BPA might mean for us, we don’t know for a fact if it causes health problems.

But it’s concerning the ease with which we let synthetic products become a part of our diet with very few restrictions. The argument that it’s probably not causing any harm to our bodies is ridiculous — seeing as how BPA’s not a naturally occurring ingredient in our food system, we shouldn’t be ingesting it.

It’s interesting that the media also recently wondered why puberty continues to hit our adolescents earlier and earlier. If what we’re putting into our bodies as fuel isn’t natural, our bodies won’t act that way either. (Of course it hasn’t been proved if there are any links between chemicals like BPA and early puberty, though the New York Times article linked above does mention it briefly.)

The pessimist in me wonders if it’s too little too late now. We’ve been exposed to products with BPA so long that all the studies are doing is proving that our bodies are at the whim of packaging manufacturers. This is testing that shoud have been done years ago, but it’s only now that we’ll get a peek at what’s happening to us.