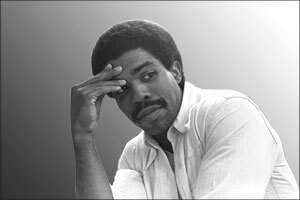 He was branded Canada’s very own Black Panther. In 2004, Gary Freeman, born Joseph Pannell, was arrested by Toronto police at gunpoint outside of his workplace, the Toronto Reference Library. It turned out that this friendly library assistant, father, and husband was harbouring a secret past. In Chicago in 1969, he had shot a cop three times, leaving him with a partially paralyzed arm. He then skipped bail and fled to Canada.

Juicy story. But there’s no evidence Freeman was a Black Panther Party (BPP) member. He denies it. Former party members haven’t heard of him. And U.S. authorities didn’t even attempt to link him to the group in their criminal proceedings against him. The case itself was also rife with irregularities. The injured officer’s account of the incident was inconsistent, which mainstream media never reported on, and he was also the case’s investigating officer—a major conflict of interest.

Although Freeman knew a trial would reveal the holes in the evidence and the reality of police brutality against blacks at the time, he accepted a plea bargain in 2008. At that point, he’d spent years in pre-extradition custody and he just wanted it to be over. Freeman served 30 days in the U.S. and paid a fine of $250,000, which went to a charity chosen by the injured officer. But despite this, Freeman is unable to resume his life in Toronto with his family.

Canadian authorities won’t let him back in, claiming he is linked to a “terrorist organization,” the Black Panthers. But the only evidence the government has provided to substantiate its claim is news stories; furthermore, BPP is not even designated a terrorist organization in Canada, and other members, including former Panther Angela Davis, cross the border without incident.

Last fall, Freeman was even denied permission to visit his dying father-in-law, with whom he was extremely close, and was later prevented from attending his funeral.

“It’s so cruel, we really don’t understand,” says Freeman’s wife, Natercia Coelho, who visits her husband at his parents’ house in Washington, D.C. as often as she can. Their four children also visit when able, but the distance weighs on the family. They continue to fight for Freeman’s return by circulating petitions and sending letters asking authorities to allow him in on humanitarian grounds.