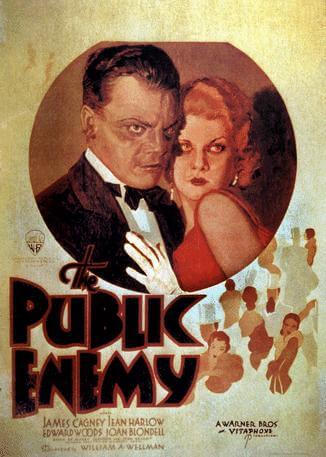 James Cagney, Greenpeace, Syncrude, and other menaces to society.

Conservative provocateur Ezra Levant suggested in a Calgary Sun column last week that, according to Section 467.1 of the Criminal Code, Greenpeace should be prosecuted as a criminal organization.

That section of the Code defines a “criminal organization” as a group numbering more than three people in or outside Canada that “has as one of its main purposes or main activities the facilitation or commission of one or more serious offences that, if committed, would likely result in the direct or indirect receipt of a material benefit, including a financial benefit, by the group or by any of the persons who constitute the group.”

For the record, a serious offence is defined as that which carries a maximum punishment of imprisonment for five years or more.

Levant argues that Greenpeace, which is clearly composed of more than three people both in and outside Canada, financially benefits from repeated illegal activity—Greenpeace’s protests sometimes employ direct action and civil disobedience—through donations after the fact. And because break and enter—a common charge for protesters—is considered a “serious offence,” Greenpeace ought to be categorized as a criminal organization for encouraging it. Levant’s suggestion? Prosecute the bosses.

Now, let’s play along with him and accept for the sake of argument that Greenpeace leaders ought to be tossed behind bars. But as long as we’re cracking down, let’s take a look around for other nefarious criminal organizations hiding in plain sight. Who else was breaking the law in northern Alberta?

Oh, right. There was that consortium of oil giants, Syncrude, which was guilty of breaking two laws—the Alberta Environmental Protection and Enhancement Act, and the federal Migratory Birds Convention Act.

According to the Migratory Birds Convention Act, anyone who is convicted of an offence under that Act can be imprisoned “for a term not more than three years”. And if they are convicted a second time, that penalty can double to six years.

Let’s recall the definition of a serious offence: “an indictable offence under [the Criminal Code] or any other Act of Parliament for which the maximum punishment is imprisonment for five years or more.”

If my math is correct, a six-year prison term is longer than five years. So if Syncrude screws up again and a few thousand ducks pay the price, we might have a new criminal organization among our ranks.

Since the federal government is all about getting tough on organized crime these days, we thought they might like to know.