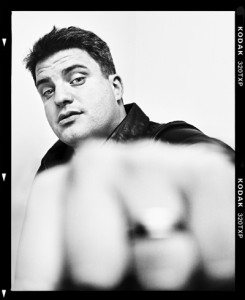 In Podcast #008, This Magazine contributor—and our own resident sports blogger—Andrew Wallace talks with Dave Zirin, sports editor with the influential U.S. progressive weekly The Nation — the first sports writer the Nation has ever employed, in fact. Zirin writes a weekly column about what he calls the “collision” of athletics and politics called Edge of Sports, which also has a radio incarnation on satellite. He is the author most recently of A People’s History of Sports in the United States, and before that wrote What’s My Name, Fool? Sports and Resistance in the United States and Welcome to the Terrordome: The Pain, Politics, and Promise of Sports. Zirin attended the Vancouver 2010 Olympics in February, and shortly after, he shared his thoughts on the possible legacies of the Vancouver games, why the games look increasingly likely to gravitate to countries with high economic inequality and weak civil society, and the strange atmosphere of homophobia and gender panic that characterized the most recent games.