[Editor’s Note: Today we introduce a new blog column by Andrew Wallace, called “Game Theory,” about the intersection of sports and society. The column will appear every other Monday. Andrew wrote about Toronto’s Africentric school for the January 2009 issue of This, and also contributed last week’s podcast.] 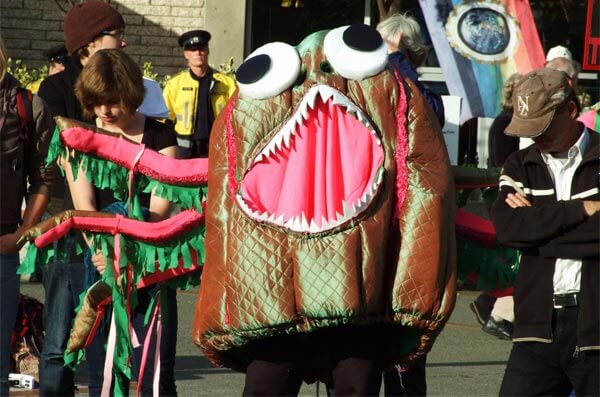 On January 11, a coalition of advocates in Vancouver’s downtown eastside voiced a cheeky cry for Stephen Harper to prorogue the upcoming 2010 Winter Games. Though more marketing ploy than genuine call to action, the move is nonetheless a signal of things to come. In the few remaining days before the Olympic torch arrives in Vancouver, protestors have vowed to ramp up anti-Olympic activity. And, of course, the IOC, VANOC and even the City of Vancouver will be doing whatever they can to stop them.

But just as the call to prorogue packs more bark than bite, Olympics protests scheduled for the lead up to—and during—the Games will likely amount to little more than well-meaning disruptions. The window for real change on anything Olympics-related closed a long time ago, and Vancouver’s infuriating “Olympic Bylaws” make doing anything remotely radical prohibitive. The spectacle that comes with the Olympics offers an important opportunity to raise awareness for the plight of Canada’s poorest postal code, Native land claims and the egregiously irresponsible use of public dollars that is the 2010 Games—but grassroots advocates already need to start looking to the future. Yes, the Olympics is here now. But what happens to that progressive momentum once the Games has come and gone?

When I spoke to the Olympic Resistance Network’s Harsha Walia in her cluttered downtown eastside office over the holidays, she called the Olympics a “social catalyst.” Activists of all stripes, with varied missions and agendas, have come together in protest. The problem, though, is that Vancouver 2010 has given birth to the organizations at the front of the anti-Olympics movement right now—No 2010, 2010 Watch and ORN—as the 16-day event comes and goes, so too will they. Other established advocacy groups have continued to champion their own causes, using the Games as a flagpole to rally around, and it is the efficacy of their efforts in the Olympics’ wake that will present a chance for actual reform.

Because the real legacy of the Games won’t be the revamped Sea-to-Sky Highway or new sports infrastructure in Richmond. And it certainly won’t be the 250 units of social housing the city has promised from the freshly constructed athletes village. The real legacy will be debt. Crippling public debt. According to 2010 Watch’s Christopher Shaw, the Olympics are quickly shaping up to be Vancouver’s very own “Big Owe.”

And that debt could put more pressure on existing grassroots groups, especially when funds are cut and the world’s eyes aren’t on Vancouver. Sport can be a powerful platform for awareness—but it also comes with a short attention span. It’ll be difficult for the organizations that have been so vocal in the run up to the Games to maintain the force of their voice once the Olympic spotlight has moved on.

However, with another large-scale sports event taking place on Canadian soil in five years—the 2015 Pan Am Games in Toronto—there exists a ready-made excuse to preserve the cohesion and unity of purpose the anti-Olympics movement has created. If the fervent opposition to Chicago’s bid for the 2016 Summer Olympics and the trepidation around Rio receiving the same Games is any indication, the public is increasingly aware that global sports competitions are not the benign, benevolent forces they’re billed to be. The world is starting to understand who really reaps the benefits and who really pays the costs. And, perhaps, that is where Olympic detractors should be looking. Perhaps that could be the 2010 Games’ “other” legacy.