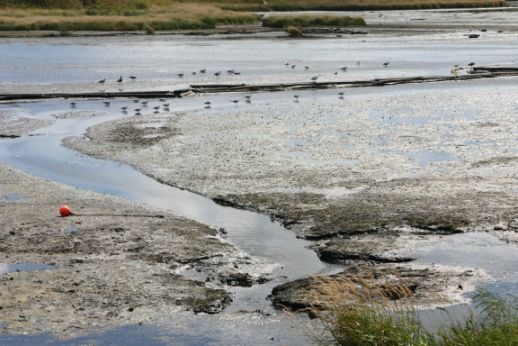 The people of Sydney, Nova Scotia waited decades for their governments to come to an agreement to clean up this disgusting mess left behind by nearly one hundred years of steel production. If the Environmental Bill of Rights is passed, other Canadians won't have to wait so long for action.

The tide may finally be turning on environmental action from the Canadian government. The Canadian Environmental Bill of Rights had its first reading in the house yesterday afternoon, and our fingers are crossed.

The adoption of this bill would be a real step toward cleaning up Canada’s disappointing record on the environment. It would give Canadians the right to a healthy and ecologically balanced environment, the ability to call for an investigation against the government in cases of environmental abuse, and protection for whistleblowers.

Let’s hope our politicians can stop acting like children long enough to read it.