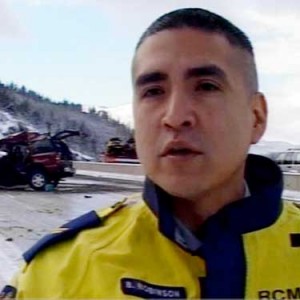 Some stories are sad, and some are crazy. This one is both. One of the four RCMP officers involved in the death of Robert Dziekanski in 2007 has now been arrested over a hit-and-run death two weekends ago, allegedly a drunk-driving collision. Orion Hutchinson, 21, was killed in a crash between his motorcycle and a Jeep in Tsawwassen, B.C., and Cpl. Benjamin Monty Robinson was reportedly behind the wheel of the Jeep. A clip from the Vancouver Sun:

The driver of the Jeep, an off-duty RCMP member, was transported to Delta police headquarters where, Delta police said, he failed a breathalyser test. [ … ] The RCMP has also confirmed the officer charged is one of the four who was involved in the Tasering of Polish immigrant Robert Dziekanski at Vancouver airport on Oct. 14, 2007. Dziekanski died shortly after being Tasered. Robinson, who was working for the RCMP’s Vancouver 2010 integrated security unit, has been suspended with pay.

In this case, the RCMP refuses to actually identify whether Robinson is the officer in question, saying that he — unlike any civilian suspect in the same circumstances — must remain anonymous before he’s been formally charged in court in January. This kind of arrogance and opacity, closing the ranks and shutting out the public, is what has gotten the RCMP into trouble time and again. Obviously Robinson deserves and will receive due process of law and is innocent until proven guilty. But the juxtaposition of Robert Dziekanski’s horrifying treatment by the RCMP (Taser first, ask questions later) and the kid-glove treatment that officer Robinson appears to be getting (we won’t even tell you the suspect’s name because you’ll  jump to conclusions) is so glaring that it induces a kind of moral vertigo.

Robert Dziekanski could have used some of the RCMP’s oh-so-decorous adherence to due process and civility in October 2007.