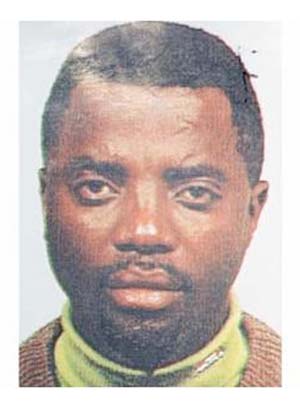 Quebec Superior Court judge André Denis made history on May 22, 2009, when he convicted Desiré Munyaneza of seven counts of war crimes and crimes against humanity. Munyaneza, he said, had “intentionally killed dozens” during the Rwandan genocide of 1994 and “raped several women and pillaged homes and businesses.” For the first time ever, a Canadian court tried and found guilty a citizen of another country for crimes committed outside of Canada. It was an important test of Canada’s Crimes Against Humanity and War Crimes Act of 2000, which grants Canadian courts greater authority to try and punish war criminals residing in Canada, regardless of their nationality. The law itself and Justice Denis’s judgment sends a powerful message: if you commit monstrous crimes anywhere in the world, you will not be able to evade justice in the nooks and crannies of technicality and jurisdiction. Canadian justice is coming for you.

Just a day earlier, another Canadian court sent out a much different message. On May 21, 2009, the Supreme Court of Canada declined to consider whether or not suspected Taliban fighters in the custody of the Canadian Forces in Afghanistan are entitled to the rights and protections of the Canadian Charter of Rights and Freedoms. Amnesty International and the British Columbia Civil Liberties Association had asked the Supreme Court to judge whether the Canadian military had the right to hand Afghan terror suspects over to the indigenous government, where reliable reports were saying they were suffering torture and abuse. Amnesty and the BCCLA posed two questions to the court: “Does the charter apply … to the detention of non-Canadians by the Canadian forces…?” and, if not, would it apply if “the transfer of the detainees in question would expose them to a substantial risk of torture?” To which the Supremes said, merely: “Questions answered in the negative.”

Is Canadian law so universal—so undeniably and cosmically just—that it applies to everyone, no matter their location or nationality, as in Munyaneza’s case? Or do our laws stop sharply at our borders, with no obligation to extend our protections to non-citizens in the custody of our government, as in the case of the Afghan prisoners? It’s one or the other—it can’t be both.

Canada’s lawmakers apparently want to keep the credit and deflect the blame. Canada is trying to make up for lost time on the war-crimes front—having earned a deserved reputation as a safe haven for Nazi war criminals in the late 20th century—and wants to strut its new tough-on-crime credentials to the international community. This is why Munyaneza was not deported back to Rwanda or the International Criminal Court, both of which have their own systems for prosecuting exactly these cases. We’re quite happy to take the convenient and comfortable position of condemning a well-known genocidaire and throwing him in our prison, a trophy we’ve awarded ourselves. But when it comes to the politically awkward prospect of extending our justice to alleged terrorists and insurgents in Afghanistan, well, suddenly it’s complicated. Not good enough. Human rights are human rights—no exceptions. If our prosecutions are global, then so are our protections, and the Afghan detainees must receive those benefits. Will Canadian justice come for them, too?