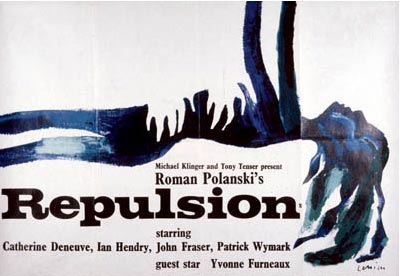 Steven W. Beattie writes today on the Maisonneuve blog about “The Troubling Case of Roman Polanski,” arguing that the condemnations that have burst forth in the last couple of days following Polanski’s arrest is “a failure of one of the artist’s most significant attributes: empathy.”

Polanski’s crime – and all its attendant issues of patriarchy, entitlement, and the like – is clearly a flashpoint for a great deal of emotion. But it is incumbent upon writers especially to take a step back from their emotional reactions to a situation and try to come to grips with the personages involved, in all their muddiness and humanity. Perhaps then, they would be able to see Polanski for what he is: a flawed, scarred, imperfect human being. A man who committed an unquestionably bad act. But the writer’s impulse, rather than jumping on a condemnatory emotional bandwagon, should be an attempt to understand that bad act. If artists abdicate this responsibility, who will be left to take it up?

On Beattie’s own blog, commenters have taken him to task for his stance, and I don’t disagree with them. No one, artist or otherwise, is duty-bound to feel empathy for anyone. I believe empathy to be a virtuous quality, of course, and I try to excercise it in my own life. I’ll even say “boy, it probably sucks to be Roman Polanski right now.” But empathy applied always and everywhere, to everyone, regardless of their conduct, renders it meaningless.

The writer’s duty — whether journalist, novelist, poet, the guy who writes the riddles on the back of the cereal box — is not empathy but judgment. Not in the sense of being judgmental, but in the sense of surveying the many possible aesthetic, philosophical, political, and moral choices open to her, and making decisions (about personal conduct, beauty, political stances, and so on) for considered, meaningful reasons.

I’ve read plenty about Roman Polanski in the last few days, and here’s what I think: he was an intermittently gifted filmmaker who has made a truckload of abhorrent personal choices, which include but are not limited to the rape of a 13-year-old girl, for which he willfully evaded responsibility for decades, all of which shows a moral compass dangerously askew. I don’t quite understand why the authorities picked him up now, but it was the right thing to do 32 years ago and it’s the right thing now.

I have plenty of empathy in the Roman Polanski case. It’s for his victim.