In 1864, Thomas Hare argued at the Association Internationale pour le Progrès des Sciences Sociales meeting in Amsterdam that proportional representation — in which parliamentary seats are awarded based on political parties’ share of the popular vote — was a much fairer system than the “single member plurality” system being used in his home country of England. Within 60 years, PR had been adopted by the majority of existing democracies in the world. 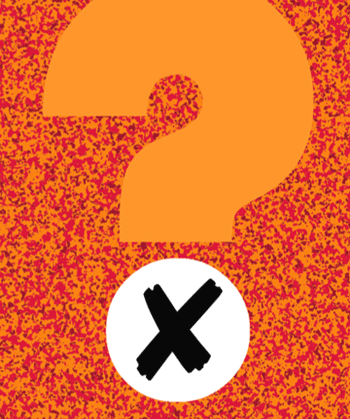 What to choose? Proportional representation

Canada, in deciding to adopt the British system of responsible parliamentary government, instead imported SMP elections. The supposed strength of SMP was that it encouraged two-party contests, which would lead to clear mandates for the elected MP and strong majorities in the parliament so these MPs could enact legislation with the broadest appeal. PR, on the other hand, inevitably leads to multiple parties being elected to a legislature, which in a parliamentary system means a divided legislature and coalition governments.

If we had adopted PR in 1867 when it was the dominant democratic idea, many of Canada’s current political problems would have been eliminated. At the very least, Canadians would see that parliamentary government and coalition governments are actually synonymous — they are predicated on identical democratic principles.

Furthermore, Canada has been — and continues to be — the exception to the SMP rule. Open any textbook on electoral systems and there will likely be a footnote next to Canada explaining how our large land mass and ethno-linguistically diverse population resulted in “third parties” (and, eventually, four-, five- and six-party contests).

The reason for this is that SMP rewards regional parties. Canadian political parties need only focus their policies and resources on local interests and, as is often the case in Canada, can pit one region against another for electoral gain. This is the reason the Bloc Québécois won 49 seats in the current Parliament, running candidates in only one province. The Bloc Québécois received 12 more seats in the Commons than the NDP, which won eight percent more of the popular vote across Canada.

The skewed electoral system is also the reason most people believe that all Albertans oppose the Liberals and why in the last federal election, 27 of Alberta’s 28 seats went to the Conservatives, even though more than a third of the province voted against them (with 11 percent of Albertans actually voting Liberal).

The exaggerated success of regional parties under SMP in Canada fuels regional discontent. PR would alleviate this because it would ensure that those 11 percent of Albertans who voted Liberal, and the 12 percent of Quebecers who voted NDP, received representation in the House. Regional parties would still have some advantages under PR due to the geographic and demographic quirks unique to Canada, but PR would rebalance the electoral system so it did not disenfranchise pan-Canadian political parties.

Yes, PR ensures more ideological and divergent parties get elected, but SMP is already doing that in Canada. However, since it is rare for any party to hold a majority in a PR system, it forces political parties to form coalition governments. These governments are, based on the mounting evidence from other countries, centrist and not ideological in their policies. The same cannot be said for recent Canadian governments.

Canada’s minority governments for the past five years have increasingly used the threat of confi dence votes and early election calls to ram through ideological legislation in the pursuit of a public policy agenda that was not supported by the public or the majority of elected MPs. Proportional representation would change Canada’s electoral dynamics. Parties would be forced to leave the door open to the possibility of coalitions, and the electorate could consider these possibilities when casting their ballots. It would also force politicians to work together once elected, since the illusion of a majority just being around the corner would disappear.

If PR had been in place, Stephen Harper would not have triggered an early election in 2008. Jack Layton and the NDP would not have wasted the last two years, and the last two election campaigns, running against the Liberals instead of focusing on keeping an ideological right-wing Conservative party out of government. And Michael Ignatieff would not have had an excuse to seize the leadership of the Liberal party without a leadership convention and then spend a month considering whether his own electoral future was most advantaged by keeping the Conservative government in power, forcing a new election, trying to form a Liberal government, or forming a coalition with the NDP.

PR would have ensured that following the last election, all political parties worked together to decide how to form a stable government whose policies were supported by the majority of the Commons and thus the Canadian people. This is how responsible parliamentary government is supposed to work — and that, not the wonky electoral system, is what Canadians thought they had imported from Britain in 1867.