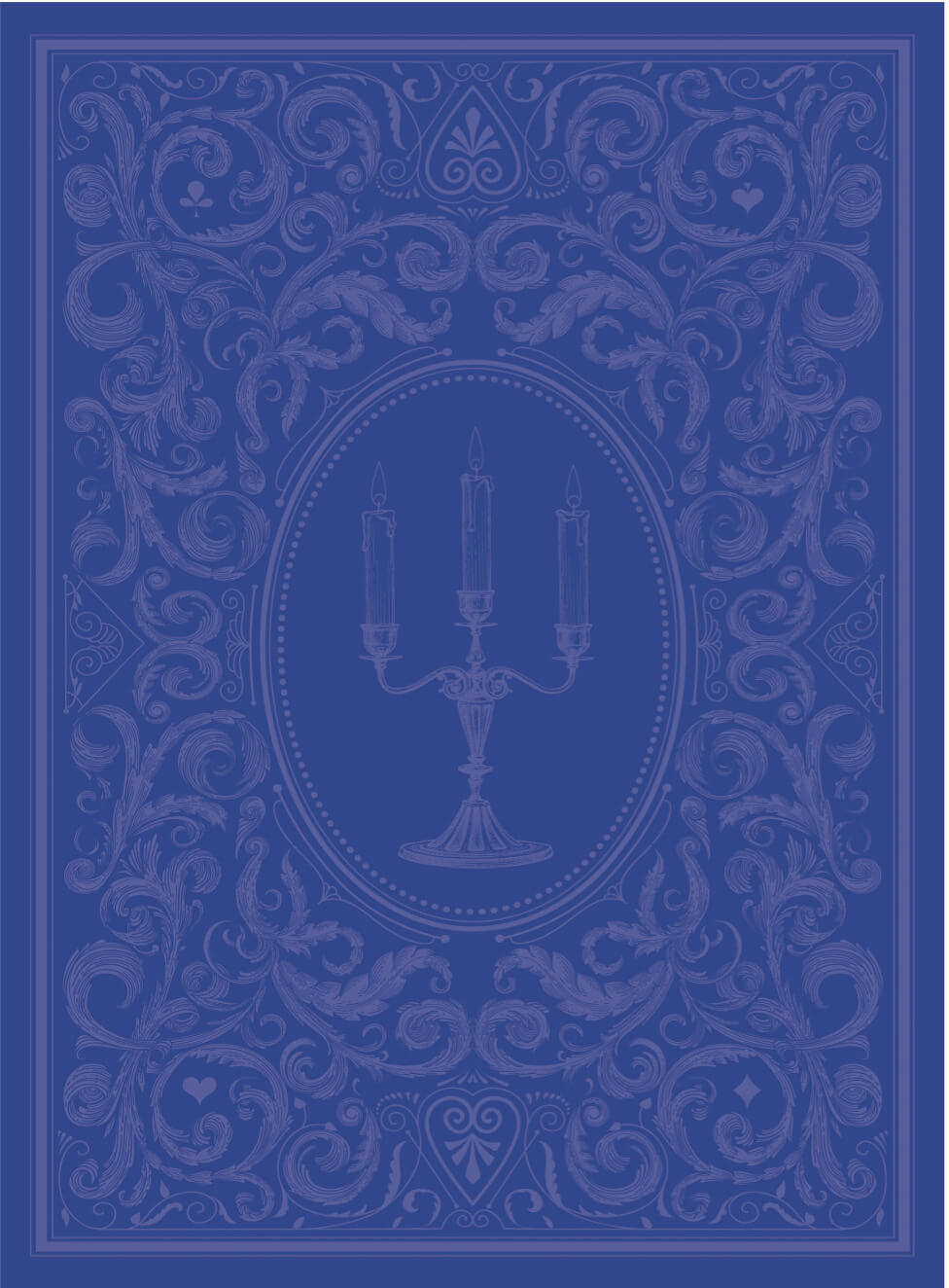 Piercing through the chaos of chance and unexpected plot twists that we encounter throughout our lives, there is one stark and certain truth: we’re all going to die.

Yet, our death-phobic society has taught us to fear the only thing we know for sure. Even talking about death evokes superstitious reactions, as if speaking the word aloud is a death sentence in itself.

Death has surrounded us during the pandemic, with millions tragically losing their lives to COVID-19 worldwide. Though we hear about death daily, most of us remain detached from the experience. The whole thing is a terrifyingly mysterious taboo.

Death doulas think we can do better.

As part of a burgeoning death-positive movement, end-of-life doulas support people on their journey toward passing away. They fill a key gap in the typical medical dying process by offering a simple, yet radical, kindness that asks people what it means for them to die well, and makes their vision a reality.

Sue Phillips signs her emails quoting author Haruki Murakami: “Death is not the opposite of life but an innate part of life.” It’s a guiding philosophy for many death doulas.

“We just allow people the space to fully experience what they’re going through,” says Phillips, a death doula in Hamilton, Ontario, who found her calling after retirement. “[We are] really just trying to help people not be as afraid.”

By providing non-medical support and companionship from terminal diagnosis to death, end-of-life doulas like Phillips help the dying clear their practical to-do list and inner consciousness so they can cross the threshold with as much ease as possible.

They encourage clients to plan for what they want their deaths to look and feel like. They assist with paperwork, funeral arrangements and celebrations of life, and offer respite relief to primary caregivers. And they normalize conversations on death and grief through death cafés—informal gatherings where people can talk freely about topics related to dying.

For Phillips, the heart of the work is emotional, guiding clients to say what they need to say, forgiving and asking forgiveness before it’s too late.

Death doulas are self-regulated through the End of Life Doula Association of Canada, where Phillips sits on the board of directors. The Association connects death doulas across the country, overseeing quality assurance, continuing improvement, and providing education and networking opportunities.

Because the field is not officially recognized, death doulas’ services are not covered by provincial or private health care plans and insurance. Though this gives them flexibility to offer personalized care, there can be cost barriers and little awareness of their offerings.

Yet, without death doulas, many people die unsupported, with their goals for a good death unexamined and unfulfilled.

In Phillips’ experience, most people want to die at home surrounded by their loved ones.

“That’s kind of how it goes. They want to die at home, then hospice, then hospital. Long-term care is like the final choice. They don’t really want to go there,” she says.

Although 87 percent of Canadians wish to receive end-of-life care at home, the majority die in hospitals. The situation has worsened during COVID-19, where the proportion of deaths in hard-hit Canadian long-term care homes has been much higher than the international average.

Phillips says most of her clients don’t want to suffer, either, preferring medical assistance in dying if suffering becomes unbearable. But the medical system often defaults to acute care, seeing death as failure and prolonging it against some people’s wishes.

When Chrystal Toop’s beloved Métis grandmother passed, she was buried with tobacco in her coffin. Toop was angry and confused. Because her grandmother was a smoker who died of cancer, Toop felt like she was being buried with a symbolic weapon.

Toop, an Algonquin death doula from the Pikwàkanagàn First Nation in Renfrew County, Ontario, didn’t understand the significance of tobacco at the time. Colonization, systemic racism, and the legacy of the residential school system—of which Toop’s great grandparents were survivors—took many aspects of culture and language away from her family.

“It was around the end of my twenties that I finally started to make the connections of culture and [the tobacco] finally made sense. What they had done was ceremonial, and it was spiritual, and to show her that she had a safe journey back to the sky world.”

Her grandmother’s death had a lasting influence on Toop, encouraging her to bring cultural practices and plant medicines back to Indigenous people through her decolonial death doula work.

As demand for Toop’s services increased staggeringly during the pandemic, she turned to her mentors to co-found the Indigenous Death Doula Collective, serving Hamilton to Thunder Bay, Ontario. To widen their reach, the collective created Indigenous death doula training for youth, which Toop says is the first of its kind in North America.

The wildly successful program intended to reach 20 youth, but has a waitlist of over 200, is informed by Toop’s personal philosophy that death work is life work that begins at birth. “Society is designed to kill us. It’s that genocidal reality of Canada for Indigenous people…. the reality is, we’re always fighting against our own early deaths,” she says.

What makes Toop’s death doula work unique is the fact that it isn’t only about guiding people to die well. Because the average life expectancy of Indigenous people is up to 10 years less than settler Canadians, her approach also relies on harm reduction strategies to fight against early death. “One of the things I say is that we have the right to die of old age,” says Toop. “That’s all we want. We want Indigenous communities to realize that fantastic reality of becoming an old person, because that’s not typical.”

At four years old, Kim Winnicky was choosing a casket and planning her funeral. But she wasn’t dying. Growing up with a funeral director father, she always felt comfortable knowing that death is a natural part of life.

“Holding space for all that is involved in the end of the dying process is really powerful work,” says Winnicky, an end-of-life doula and hospice volunteer in Whitehorse, Yukon. “I just feel called to it.” When Winnicky sits vigil at a person’s bedside as they die, she feels that power viscerally. “Sometimes the feeling is very calm … and sometimes it’s a feeling of fear and clinging,” she says. “My work is to ground into equanimity and steadiness … that seems to help temper those waves and just sort of bring this grounding radiance into the room.”

Winnicky treats the dying with healing touch—a therapy that balances a person’s energetic fields. Clients have reported profound impacts, including Winnicky’s own mother, who said it was more effective than morphine at controlling her pain from chronic obstructive pulmonary disease.

Simple physical touch can be the comfort that someone needs to release into a peaceful death—Winnicky has seen it firsthand. But during the pandemic, with visitor restrictions in medical facilities and care homes, many have died alone without any loving touch at all. “That breaks my heart for everybody in that situation,” she says.

Everyone’s idea of what it means to live and die well is different. But for Jody Roberts, a death doula based in Coquitlam, B.C., there’s one common thread: love.

It’s an influential aspect of Roberts’ work, encouraging clients to engage in these deep emotional and spiritual reflections well before they die. One of Roberts’ clients was a lawyer struggling with losing his identity late at the end of his life—an identity tied up with the achievements that he worked so hard for, but that he couldn’t take with him. It seemed to make his transition uneasy.

“It’s why we need to loosen our attachments before the end and stay attached to love. You can take love with you everywhere, but you can’t take people or things,” Roberts says.

With the help of death doulas, she thinks Canadians are realizing that a better death is possible, and that it actually starts by living fully. And for the living, recognizing that grief is a manifestation of loving what you lost can be a powerful way of moving through the hard feelings. “It’s about loving fiercely every day,” she says. “And loving life so you can end well.”

Death is with us every day—it’s a fact of life. And it feels more present than usual, with the pandemic dragging on and an anticipated increase in cancer deaths due to the pause in elective screening procedures.

But, while death is inevitable, having a tumultuous and fearsome dying experience is not. Death doulas know that the final chapter of our lives can be magnificently powerful, if we embrace it.