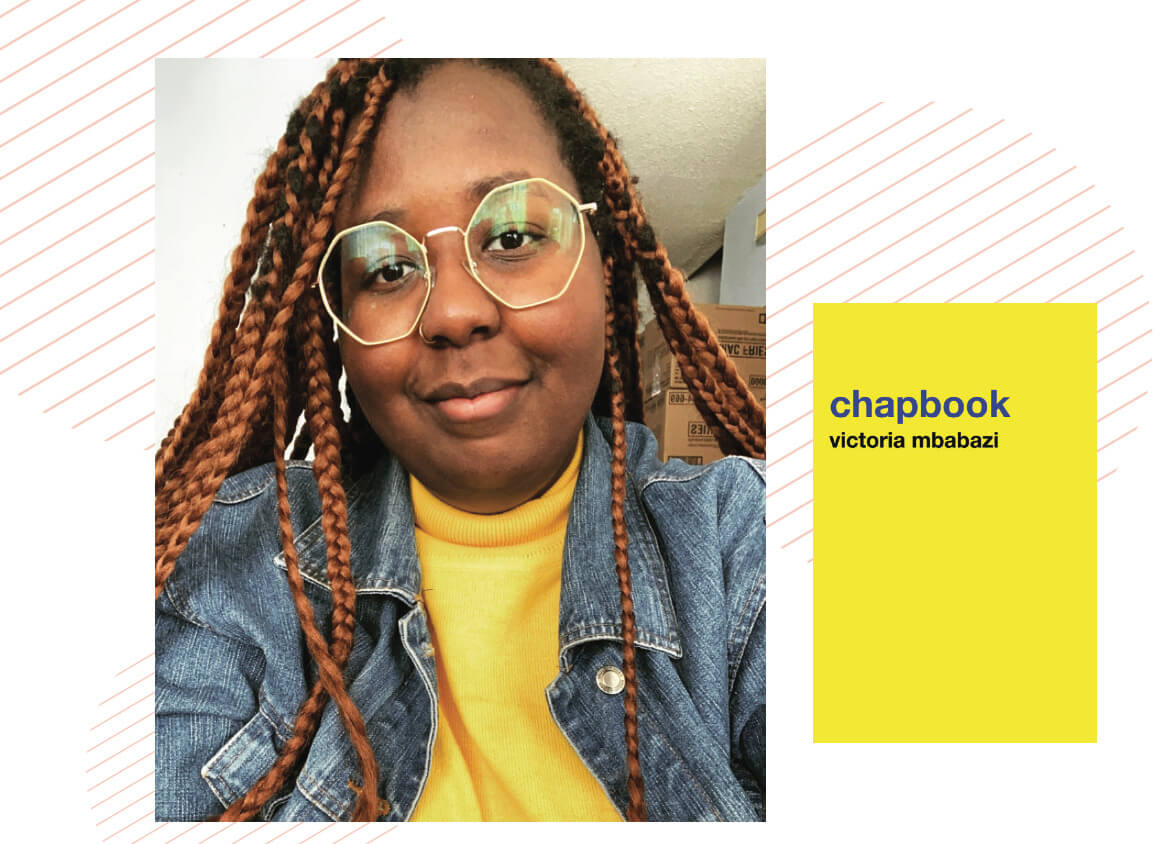 Black lesbian poet Victoria Mbabazi’s poetry collection, chapbook, was published by Anstruther Press in January 2021 and is now in its third printing. Their poetry’s No Name Brand design and style was inspired by the advertisements they saw commuting to the University of Toronto’s Scarborough campus last summer, a time when they were also searching for direction with their project for a year-long independent study with creative writing professor Daniel Scott Tysdal.

The No Name Brand style has become a signature visual for Canadians. Drawn from Loblaws’ signage for generic grocery and household products, the packaging is characterized by the combination of an uncomplicated bright yellow background and a Helvetica font. While the phrase “no name brand item” has colloquially described inexpensive yet sturdy alternatives that were outliers to leading brands, Loblaws has ironically reassociated the phrase in consumer consciousness to refer to their specific line of no-nonsense yellow packaging, which Mbabazi adapts stylistically.

“I liked the way [No Name] branding works because I think it’s hilarious. [I thought] it’d be really interesting to do that format as a book … honesty and parody mixed together. Everything is a show when you’re writing, and all of the poems are expectations,” they say.

“The only way that people will listen [to people of colour] is if they write in a way that is digestible to white people. There’s an expectation of when I give you this book that I’m going to have to say something intelligent about what’s going on. And I don’t really have anything to say other than I’m upset. And that’s what I wanted to write.”

Although the parodic poems were submitted in jest, Mbabazi found themselves taking on a bigger project following positive feedback from their professor. “I was just going to hand [my professor] six poems, all in No Name brand format, as a joke. And then he was like, ‘No, this is good. Can you write 10 more poems?’”
Addressing the events surrounding the death of George Floyd, including lynchings and burning fast food chains, they confront the expectation to produce eloquent, breakthrough insight to articulate a movement. Regarding a four-poem series that sews a narrative thread through chapbook, Mbabazi’s speaker accepts words are inadequate in “no name: final draft,” the last in the series.

“I was feeling suffocated by the financial disparities, the police brutality, and race and white supremacy in North America in general. And then I was thinking about how people keep trying to capitalize off that. People are trying to emote about how they feel, and then they also need to make money.”

In “no name: final draft,” Mbabazi takes a different approach. “The evolution comes in choosing not to say anything about what’s happening,” they say. “I don’t actually have anything to say, and there’s an emotional truth to [‘no name: final draft’] … It’s giving up on trying to say something important, and just feeling your feelings.”

After finishing at U of T and completing chapbook, Mbabazi sought to further their writing craft and began the first semester of their MFA at NYU last fall over Zoom. There, they’ve felt free to explore their own themes and ideas in a way that feels authentic to them, while also paying close attention to a poetic structure.

“I just really loved my workshop class a lot. My professor was Alex Dimitrov, and he was so funny. He was just like, ‘I just care if the poem is good. I don’t really care what it’s trying to say … I just want it to be beautiful.’ He cares about beats and how it sounds and it’s liberating for not everything needing to be aboutisms.”

Over the past two years, Mbabazi has written a series of vignettes that are short profiles of their friends, detailing past conversations. Teaming up with their friend and photographer Noor Gatih, the two are co-creating a scrapbook-style prose collection.

“I feel like my writing is … very casual, like you’re listening to a friend tell you something stupid.”

Their self-aware, tongue-in-cheek style allows for a fluid and purposeful transition from hilarity to sobering seriousness.

“For me, humour has always been a really big coping mechanism. The funnier my writing gets …. the more upset I am. The serious and the funny are always going to be together.”