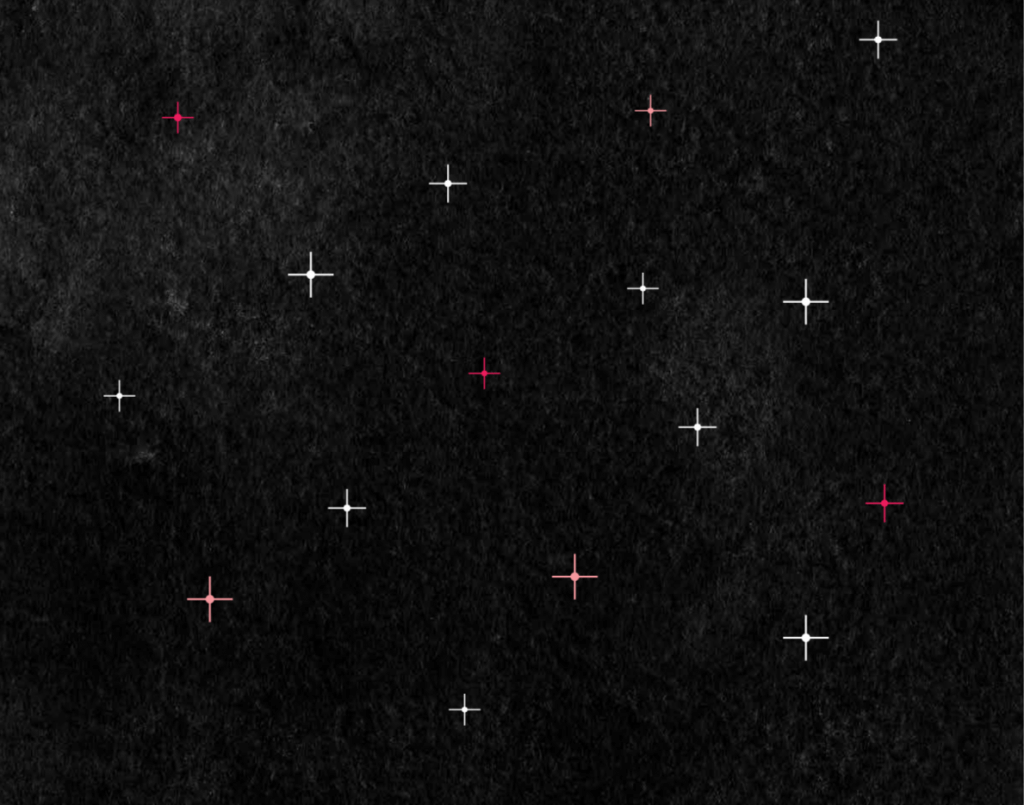 About a year after India died, my husband, Mark, visited the lab. At the time we were deep in grief and had decided to stay with a close friend. We couldn’t be in our own house. Whenever I walked through the door I was assaulted by images from the past— India trying to catch her breath as she had a seizure on the sofa; paramedics carrying India down the steep staircase on a stretcher; the empty space in India’s bedroom, by the window, where her hospital bed once stood.

After Mark returned from the lab, we sat on our friend’s porch to talk. He looked tired and sad so I was careful not to press him. All that remained of our only child were the cells my husband had viewed through a microscope. Finally, Mark lit a cigarette and said, “It was like looking at a city from space.”

I thought about that conversation on the porch, four years later as I was flying into Vancouver airport at night. From above, the flickering yellow lights of the city made me think of a video I’d seen of a nerve cell firing: the crowded centre was the nucleus; the suburbs branching from it, the dendrites; and the stretch of highway heading into the city was the slender nerve fibre known as the axon. For those who have not lost a child this might seem strange, but when my plane arrived in Vancouver I was hoping to catch a glimpse of her, if only in the shape of a metaphor.

Dr. Steffany Bennett, who runs the Neural Regeneration Laboratory where India’s cells are housed, told Mark she thought our daughter’s cells were beautiful. He thought so too, but he didn’t know if all cells were beautiful in the same way. India would have enjoyed their attentions. Like most teenage girls, she never tired of being admired.

To me, India’s cells are like starlight —a hint of the brightness that was my child. To say she was unique is an understatement. India died of Spinal Muscular Atrophy with Progressive Myoclonic Epilepsy (SMA-PME), a disease that Dr. David Dyment—a clinical geneticist and Dr. Bennett’s collaborator—described as “ultra-rare.” While there are no formal numbers, the condition is seen in significantly fewer than one child in a million.

India’s symptoms began when she was 10 years old, with petit mal seizures that we were told she’d probably grow out of. By the time she was 15, she’d suffered grand mal seizures so ferocious that a veteran pediatric nurse who witnessed one told me later it was the worst day of her career. In the last two years of India’s life, her muscles became so weak that she developed a tremor in her voice and lost the ability to walk or use her arms. The talented teenager who’d once amused herself by drawing detailed manga characters while singing her favourite songs from Rent and Wicked could no longer hold a pencil or a tune.

By the end of India’s life she was having about 4,000 seizures a day. To get an answer to a simple question like “Which T-shirt do you want to wear?” could take up to 10 minutes. Finally the disease claimed her mind. In her last weeks she was assaulted by hallucinations so horrifying she screamed with fear. We tried everything to make them stop: medication, distractions, stories, jokes, songs— nothing worked.

Once the doctors had confirmed India’s diagnosis, I tried to visualize the odds of her having this deadly condition, using pennies, stars and grains of sand. I still couldn’t grasp that something like this could actually happen to my child.

SMA-PME is characterized by a non- functioning enzyme, acid ceramidase, that is unable to process a lipid molecule—a type of fat, found in the cell. The lipid molecule is called ceramide. When you have this disease, you can’t adequately break down ceramide, so it begins to accumulate in the cell. The nerve cell malfunctions, kind of like an irrigation system that has packed in, and that’s what causes the devastating symptoms.

There was no reason to suppose Mark or I carried the mutated genes that had to collide to trigger this disease. Think of it this way: the odds are probably higher that, during their lifetime, someone be struck by an asteroid five times. Yet it happened.

If we’d had children with other people we might never have known this painful fact about our own DNA—but then we’d never have met our glittering girl, who sets the navy sky alight.

Dr. Bennett’s lab is a sterile-looking space, located near a bunch of other academic rooms with no particularly distinguishing characteristics. It could easily be missed. When I asked Mark if he felt our daughter’s presence there, he said, “No, not at all.”

India’s cells are kept in what looks like a cupboard with a glass door. The day Mark visited, four or five people were working. Everyone treated him with respect, repeatedly telling him how grateful they were for India’s contribution. Without India, they said, their research would be impossible. This touched Mark greatly. In Dr. Bennett’s office, when he had looked into the microscope, he hadn’t expected that our daughters’ cells would be moving. Their vibrancy shocked him. Once he’d seen them, he wanted to leave—it was overwhelming to contemplate their connection to our child.

Mark and I hadn’t planned to donate any part of our daughter to science. It happened by circumstance. When India was 15, and we were still searching for answers, her neurologist asked that she be tested for Batten disease, a fatal condition with symptoms such as vision loss, seizures, and dementia. The test required taking some of India’s skin to grow her cells.

India was eager to take the test. She’d been in the hospital for 47 days after an onslaught of seizures, and she wanted to understand why. The specialist administering the test promised it wouldn’t hurt, but after five years of illness my daughter knew better than to trust the doctors.

The procedure left two bleeding punctures on India’s wrist. I told her it looked like she’d been bitten by a vampire. She liked that. Little did we know at the time that these punctures would lead to an immortality of sorts.

India was cleared of having Batten disease, but nine months later—thanks to a new DNA test at McGill University— she received her diagnosis of SMA-PME, a mysterious deadly disease that nobody seemed to know anything about. The leftover skin cells that had been extracted were then sent to Dr. Bennett, a leading authority on acid ceramidase. Her team began looking for ways to stall the progress of India’s disease, using these cells, which are known as fibroblasts.

After India’s death my husband and I agreed that the research should continue. I don’t think I grasped what that would mean until Mark visited the lab. After he told me about his visit, I became irrationally jealous of the people working with our daughter’s cells—jealous of their relationship with her. This was odd for me. When India was alive I’d encouraged her friendships with other people. Now she was dead, I was possessive. I envied the researchers their ability to read the nuances of her small existence. She was an integral part of their daily lives. I felt her absence in every aspect of mine. I told myself she now belonged more to them than me. I hated this with the passion of a new mother who discovers a stranger can quiet her fussing baby when she cannot.

“India’s cells are invaluable,” Dr. Dyment tells me. The goal of his and Dr. Bennett’s research is to find new treatments, so that other children won’t have to suffer as my daughter did. “Because the condition is so rare, it is incredibly difficult to obtain a skin sample,” says Dr. Dyment. “But after we started research into India’s cells, others heard about the work and they sent their children’s cells. We now have fibroblast cell lines from Greece, the United States, and Australia. This has become an important repository for SMA-PME research. Because of the rarity, we have been open with everyone about the research—the more people know, the better.”

The research has led to three potential treatment approaches. The first course of action is to perform a drug screen of known, available drugs, to see if they can reduce the amount of the destructive lipid. The second tactic is to simply add the absent enzyme—acid ceramidase—and see if it breaks down and reduces the Ceramide. The results so far are promising. India’s cells, along with other children’s, were used in the experiments. “Lastly,” Dr. Dyment says, “we are trying to replace the gene. We have started this, but we do not have the results yet. I am hoping for the spring [of 2019].”

Sometimes it seems my daughter straddles many worlds: science and arts, loss and joy, heaven and earth. Late at night, when I can’t sleep, I often find myself wondering how much I believe the cells are India—and if they aren’t her, why not? In the last years of India’s life she spent too much time alone—not just because of the rare nature of her illness but because her friends were out in the world, living their lives. Now, in death she has company: cells from children around the world who are like her. It pleases me to picture them as an open cluster of stars all formed from the same giant molecular cloud.

In my imagination, India’s cells are anthropomorphised. A whimsical combination of Calcifer, the fire demon in Howl’s Moving Castle, one of her favourite animated movies, and Tinkerbell from Disney’s original Peter Pan. At other times I picture her cells casting a soft glow in the dark lab after everyone has left. I fancy that this light zips through the clinical space, knocking over coffee cups and moving lab reports and people’s favourite pens.

If we wanted to stop the research on India’s cells the lab would respect our wishes. I’m not sure how to describe what they would then do to her cells: destroy, kill, finish them—these words don’t quite fit. This is not our plan, yet one day the research may wrap up nonetheless. At this juncture the researchers could save the cells for a set period of time, or with our consent, pass them along to another laboratory. To send our daughter’s cells to an unknown lab—one we have no connection with— feels rather like leaving my baby with a stranger. It bothers me that, in this scenario, her cells might live on years after my death. My instinct was always to protect her. I expect one of the hardest aspects of dying for any parent is leaving their children.

I’m sure India would like the idea of her cells living on in a laboratory. It would appeal to her love of comic books, manga and drama. To her, the lab would have been the stuff of superheroes. A place of alchemy. And in a death defying plot twist, she would be leaving a legacy of time travel and transformation.

I wish I found more comfort from India’s gift. It may prevent others from suffering. She would have liked that. She was kind. I do see her presence in the galaxy of possibilities within her cells, but I also see her absence in the blackness of the night sky. An inheritance of this sort is no consolation prize to a bereaved mother. It is simply evidence that nothing could be done to save her.