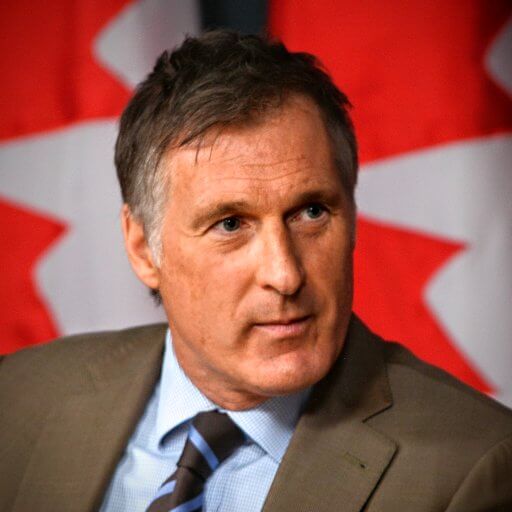 While it’s been clear since the May leadership contest that conflicts between Bernier and Scheer persisted—with Bernier removed from the CPC shadow cabinet for publicly challenging the party on supply management in Canada’s dairy sector—this move came as a surprise given that it coincided with the start of the party’s policy convention.

Bernier made his move to maximize both media coverage and pressure on his former party, one he’s accused of “abandoning” Canadian conservatives. The question now is just how effective Bernier’s new party will be, and, if it can find success in time for the 2019 election, how will it affect the CPC and wider federal politics?

Bernier’s new party has potential, if for no other reason than he won more than 49 per cent support in the 2017 leadership contest, meaning that many Canadian conservatives are sympathetic to Bernier’s vision for Canada.

But there’s no real sense if Bernier has support from key influencers in the CPC. Indeed, Bernier said in his departure news conference that he had not discussed his move with his caucus mates. This doesn’t mean failure is inevitable, but it may be that, however popular Bernier is with segments of the Conservative electorate, he won’t have the institutional muscle to launch a viable party, especially so quickly.

Furthermore, it’s not yet clear just what sort of platform Bernier will offer to Canadians.

In 2017, Conservatives looked to Bernier as the libertarian candidate who ostensibly fit the “fiscally conservative, socially liberal” archetype. During that campaign, when hopefuls like Kellie Leitch and Brad Trost made staunch pitches to social conservatives, Bernier highlighted economic issues, namely limiting government intervention.

If this is the basis of his new party, he may well pull support from his leadership backers, as well as right-leaning Liberals who can’t stomach Conservative social policy.

Nonetheless in recent months, Bernier has merged his laissez-faire economics with an approach to cultural and social issues that aligns him much more explicitly with the far right than he did during the 2017 contest.

Most recently and notably, he has become a high-profile critic of what he called the Liberal government’s “extreme” approach to multiculturalism and diversity, which supposedly puts at risk the sanctity and meaning of Canadian identity.

Bernier has intertwined this with his anti-government ideology, saying that the Liberal approach to diversity creates little tribes that “become political clienteles to be bought with taxpayers $ and special privileges.”

What will his platform be?

In a sense, Bernier is keeping many of his libertarian policies while making an overture to those Canadians wary of diversity, immigration and multiculturalism. The question is: Can he convincingly combine these beliefs into a coherent policy suite that appeals to Canadians, or will he end up with a platform that pleases no one sufficiently to win any significant support?

But with all this in mind, let’s say Bernier wins meaningful support in 2019. What will the potential impact be?

In short, the conventional narrative is that this is a boon to Justin Trudeau’s Liberals. Before this split, the CBC poll tracker had the Liberals and Conservatives nearly tied in the popular vote, but with the Liberals’ vote efficiency putting them on the precipice of another majority government.

Even if Bernier’s new party wins just five per cent of the electorate in 2019, and a majority of that comes from current CPC voters, it will benefit the Liberals (as well as the New Democrats, to a lesser extent, in some regions where they run second to the CPC).

So if one identifies as an anything-but-Conservative voter, Bernier’s move could be welcome news. The risk, however, is that while a more stridently conservative party led by Bernier will feud with Scheer’s CPC, it may also incubate experimental right-wing ideas that could be eventually incorporated into the CPC’s platform.

Such a scenario would be reminiscent of when the New Democrats have championed progressive social and economic ideas like pharmacare before they gained mainstream acceptance, but in so doing gave legitimacy to the ideas, which were then poached by the Liberals.

It isn’t inconceivable that Bernier’s new party could fuel attacks on things like Medicare and multiculturalism, which may allow the CPC to take up those ideas, even just partially, and appear as relatively moderate to the electorate in doing so.

Ultimately, we have no real sense of how Bernier’s plan will unfold, or if it will find even modest success. History tells us that the vast majority of political parties in Canada fail due to our first-past-the-post system. Indeed, only three federal parties have official party status right now; two with roots back to Confederation and one with roots in the Great Depression.

But don’t count Mad Max out. If politics has taught us anything over the past few years, it’s that the impossible is a lot more likely than we’ve previously thought.

Christo Aivalis is a SSHRC Postdoctoral Fellow at the Department of History at the University of Toronto.