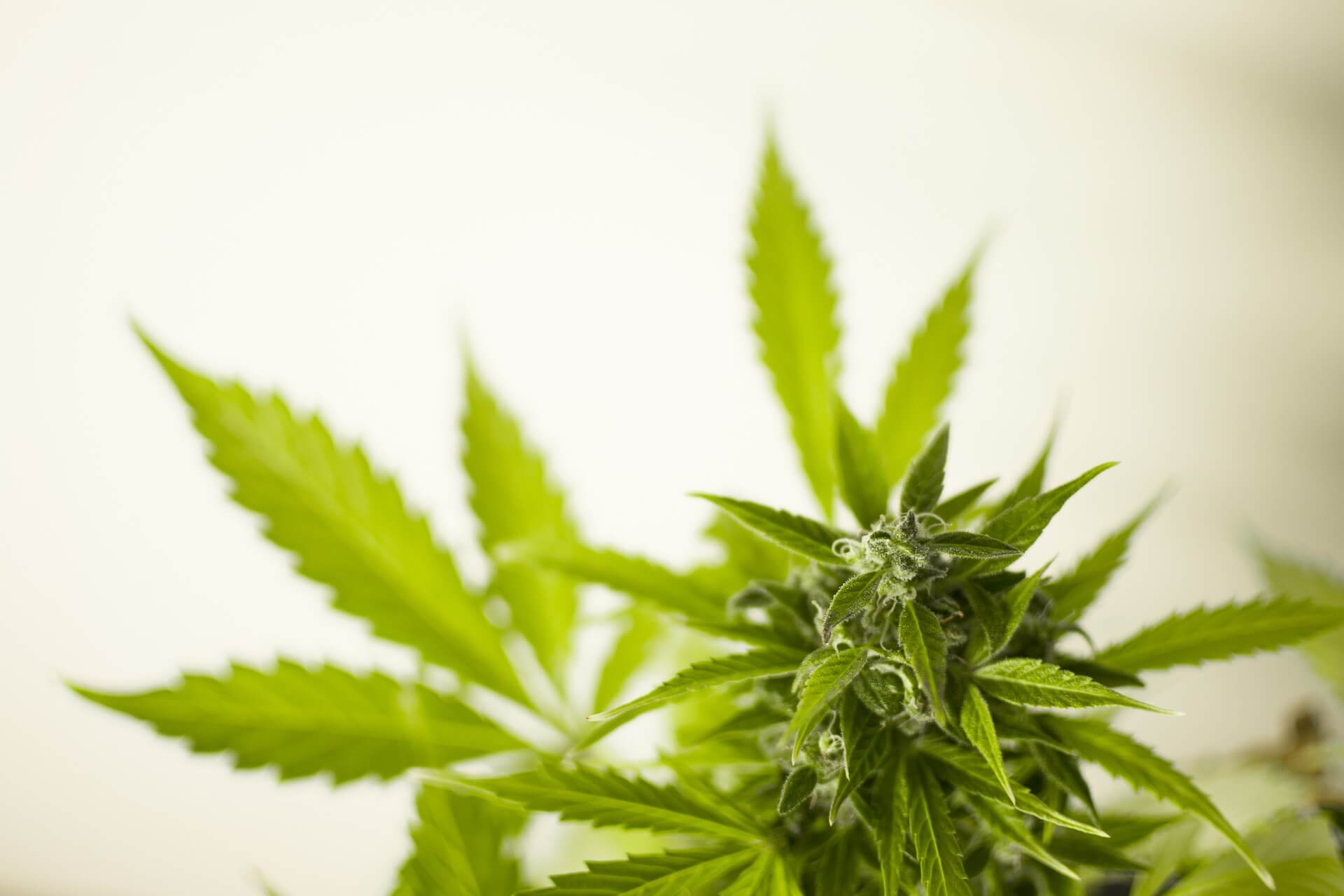 For over a century, criminalized drugs have been demonized, as were the people who used and sold them. Criminalized drugs have long been linked to marginalized and racialized groups, who have been depicted as outsiders to the nation threatening moral Canadians. Politicians, law enforcement, media and vocal spokespeople fuelled drug scares and circulated fabrications and lurid, exaggerated accounts of drug use and trafficking in support of punitive drug policies. Worn out tropes about people who use and/or sell drugs have promoted social injustice. However, today Canada is at a crossroads. Increasingly, drug prohibition is understood as a social justice and human rights issue.

History, however, is never definitive. Local stories, new discoveries and uncovered material can emerge, illuminating once again the danger of assuming history is static. Over the years, there have been many pivotal moments in Canadian drug prohibition and challenges to it. Community activists, people who use drugs, constitutional lawyers, researchers and service providers have long challenged Canadian prohibitionist policies. Knowing the history of Canadian prohibition can guide us to better understand current events and notions about drugs and the people who use them. Knowing about Canadian drug prohibition allows us to critically reflect on past practices, legal regulation, law enforcement, moral reformers and their agendas, new events and avenues to adopt. The field is wide open because people implement drug prohibition, and people can also dismantle it or change its course. Laws and policies are not static, nor neutral.

For more than a century, drug prohibition has been and continues to be an expensive failure. Our reliance on the criminal law to eliminate illegal drug production, selling and use has not proved effective. In fact, it has only worsened the health and well-being of those who use drugs, and it has also resulted in increased imprisonment, child apprehension and human rights violations. Importantly, criminalization (prohibition) has undermined health services such as harm reduction services and other programs that effectively counter hiv and hepatitis C epidemics and drug overdose deaths. The harms stemming from prohibition are not limited to illegal drug users and traffickers — families and communities also bear the brunt of our drug policies, as do other nations outside our borders such as Mexico and Colombia. For this reason, Mexico and Latin American nations have been critical over the last thirty years of international drug conventions and the devastating damage the Western-driven war on drugs and neoliberal policies have on them. Activists in Canada and around the world are striving to change all this.

International drug control treaties are outdated, inflexible and do not reflect contemporary societal, cultural and public health concerns. In fact, the Canadian Report of the Senate Special Committee on Illegal Drugs noted in 2003 that “the international classifications of drugs are arbitrary and do not reflect the level of danger they represent to health or to society.” The International Control Board (incb) has also come under scrutiny. Their lack of dialogue with nations, of accountability and of transparency, and their criticism of policies and public health and harm reduction initiatives have been increasingly questioned by scholars, government officials, drug user unions and national and international drug policy reform groups, such as Canadian Drug Policy Coalition, Canadian hiv/aids Legal Network, Global Drug Policy Conservatory, Mexico United Against Crime, Transform Drug Policy Foundation, Transnational Institute, International Centre on Human Rights and Drug Policy, Drug Policy Alliance, and Washington Office on Latin America.

Supporters of punitive drug policies fear that drug use rates will skyrocket if prohibition ends. However, recent history demonstrates that such fears are misguided. In 1976, the Netherlands implemented de facto decriminalization through the Dutch Opium Act for the possession and sale of up to 30 grams of cannabis. In order to protect youth and separate them from illegal markets selling “harder” drugs such as opiates and cocaine, cannabis shops (similar to coffee shops) were allowed to be established under strict rules and regulations. Using the most recent drug-use statistics available, cannabis rates have not increased in the Netherlands, and cannabis use is much lower there.1

Responding to sharp increases in heroin use, overdose deaths, and hiv/aids in the 1980s and 1990s, the decriminalization of personal use and possession of all drugs, not just cannabis, came into force in Portugal in 2001. The move away from criminal sanctions and stigma related to criminalization was part of a much wider social and health public policy strategy in the country. Decriminalization in Portugal co-exists with other measures, such as expanded prevention, treatment, harm reduction services and social supports. Rather than criminalization, pragmatism, humanism and social integration are key to Portugal’s drug policy. Since 2001, drug-related deaths and hiv infections have decreased, drug use has decreased for adolescents and those ages 15 to 24, and drug prices have not lowered (as opponents claimed they would).2

When Canada established the first federal medical marijuana program in the world, the sky did not fall down. Twenty-nine U.S. states have legal medical marijuana programs. Uruguay became the first nation in the world to end cannabis prohibition in 2014. Eight U.S. states and the District of Columbia also ended cannabis prohibition between 2012 and 2016; 20 percent of Americans now live in states that have legalized and regulated cannabis. The cannabis plant did not change; rather, attitudes about prohibition and the plant changed.

In those states, provinces and nations that have turned away from punitive drug policies, addiction and drug use rates have not increased substantially and youth were not negatively affected. Given Canada’s drug overdose death crisis, will all levels of government move quickly to set up more supervised injection sites, heroin assisted treatment, other flexible drug substitution programs and public education as the first steps to saving lives? In order to save lives now, will provinces defy federal law and set up overdose prevention sites that allow smoking, ingestion and injection (as B.C. has done) rather than waiting for federal approval?

Until 2016, Insite stood alone as the only authorized safer injection site in Canada. By May 2017, eight other sites received approval and the application process has become less obstructionist. Health Canada also announced a new process that will allow the importation and use of medications not yet authorized in Canada, such as legal heroin, to help stem the drug overdose crisis. Public health officials can now send a request to Health Canada for bulk quantities (instead of individual special access requests) of the drug so that it can be more efficiently prescribed to those most in need at clinics and other locations. It is too early to know whether long-held prohibitionist attitudes will curtail some public health officials from implementing change.

The Federal Government also passed the Good Samaritan Drug Overdose Act in 2017. The Act provides an exemption from criminal charges of simple possession of an illegal drug for anyone who calls 911 for themselves or another person who is overdosing, and for anyone else at the site when emergency help arrives. Yet, people are reluctant to call 911 if they fear that they may be charged with another drug charge, such as possession for the purpose of trafficking.

In order to more fully stem the harms associated with prohibition, including overdose deaths, diverse Canadian groups and individuals have long advocated for an end to drug prohibition and the criminalization of marginalized groups of people, as have international groups. Yet, each group’s blueprint to legally regulate currently criminalized drugs differs slightly. Similarly, each U.S. state that voted to legalize cannabis created quite different policies for the production, sale, distribution and possession of the plant. And there are different city initiatives too. For example, in 2017 Oakland City Council in California adopted an Equity Permit Program for medical cannabis production licences. The Program prioritizes those who were unfairly impacted by the U.S. “War on Drugs”: long time residents in high arrest areas, racialized and poor people, including people convicted of a cannabis offence. The policy will extend to recreational non-medical cannabis producers in 2018.

On April 13, 2017, the Canadian Government tabled Bill-45, the Cannabis Act, to the House of Commons. The Act fails to make a clean break away from prohibition. Unlike tobacco regulation, the Cannabis Act includes harsh criminal penalties for some offences. However, changes can be made to the Act prior to its enactment. It is also unknown how each province, territory and municipality will take up their responsibilities in relation to cannabis distribution and sale.

The Canadian Government, thus far, has refused to direct law enforcement to stop arresting people for cannabis possession now rather than waiting until the Cannabis Act is finally enacted. It is unclear whether small cannabis producers, compassion clubs and dispensaries will be supported by federal and provincial governments to participate in the legal cannabis market if and when the Act is made into law. Will the expertise of medical cannabis and illegal cultivators be recognized in the policy making stage and invited to participate in the legal market set up? Will people who have a criminal record for cannabis possession be exonerated?

Will Canada choose to decriminalize and/or to legally regulate all illegal drugs? Will the Government address the historic violence and injustice of drug prohibition? If so, will Canada be successful in eliminating social structural violence and systemic race, class and gender discrimination against people who used drugs/plants that were criminalized? Or will we create a new regime to continue punishing people? Eventually, these and many other questions will be addressed in Canada. Current events will affect people’s experience of drug policy and ultimately, shape history.

Busted is available in stores and online from Fernwood Publishing.