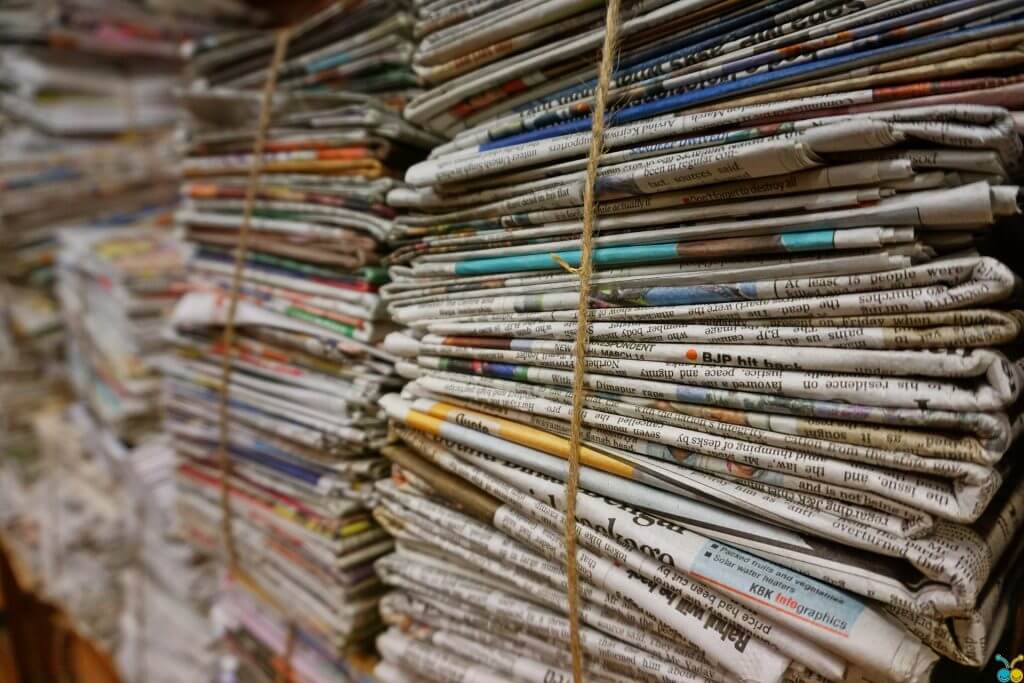 In an era in which circulation figures for most newspapers are falling faster than water over Niagara Falls, do newspaper endorsements in election campaigns still matter? At the risk of appropriating the language of click-bait, the answer may surprise you.

While the Canadian experience is less immediate and, even among the most politically engaged Canadians, less discussed than the recent American example, let us begin to by examining the situation at home.

There’s a growing concentration of media ownership: There are only two truly independent dailies publishing in English—The Whitehorse Star and the Fort Frances Daily Bulletin—and the same number in French—Montreal’s Le Devoir and L’Acadie Nouvelle, from Caraquet, N.B. Consequently, endorsement decisions are no longer made at the editor’s desk in each Canadian community, to the extent that they ever were.

During the 2015 federal election, every Postmedia daily that endorsed a party called for the re-election of Stephen Harper’s Conservatives (some published an editorial credited to Postmedia and some wrote their own endorsement). That spate of endorsements was, surely, almost as predictable to their readers as the Toronto Star’s pro forma call on their readership to again back the Liberal Party.

Consider the fact that, in many Canadian communities, there simply is no longer a daily newspaper. Oshawa, Ont.—a city of 168,000 people—lost its daily in 1994 when it closed down in the midst of a labour dispute. Dailies serving Guelph, Ont. and Nanaimo, B.C., closed in 2016, while dailies in two other B.C. towns, Cranbrook and Kimberley, became weeklies in the same year.

The Guelph Mercury, a paper born in the same year as Confederation, struggled with declining circulation numbers for years. When its owners at Torstar finally pulled the plug on the paper, it had circulation of just over 11,000 (subscribers and individual sales), in a city of 120,000 people (not including surrounding townships). While some might argue that it’s difficult to lament the loss of an institution that was apparently so little valued in its own community, the truth is a little more nuanced.

The Mercury had for the last eighteen years of its existence been tied together with the Waterloo Region Record. For most of the time, it shared a publisher and an editor with the Record, and all copy editing, page layout and printing was farmed out to the Hamilton Spectator. With the remaining eight reporters doing their best to cover local news, sports, and entertainment, the real wonder is that the paper lasted as long as it did. It is hardly surprising that the longstanding indifference of its owner was met with the indifference of its target audience.

With daily newspapers suffering declining readership, does it even matter who they endorse? Certainly, the New Democratic Party, which received the endorsement of not a single daily newspaper in the 2015 federal election, would argue that it matters. Indeed, historically, the NDP has received support from a daily newspaper only twice in its history (the Toronto Star in both 1984 and 2011), and both of those were highly qualified, almost grudging endorsements that were widely assumed to have been brought on by the weakness of the Liberal Party at the time.

Meanwhile, the Bloc Quebecois can usually count on the support of Le Devoir, but other newspaper endorsements are split between the Liberals and Conservatives (as noted above, often predictably). For better or for worse, the prevailing “red door/blue door” narrative of Canadian politics is largely supported by a news media that assumes that there are no other choices, and—in the case of newspapers —makes that abundantly clear in its endorsements.

If endorsements didn’t matter, newspapers wouldn’t bother to publish them. Clearly, the owners of newspapers feel that they have influence over their readers and are not averse to using that influence. After all, television networks and radio stations in Canada don’t take editorial positions during election campaigns, although they are often accused of being too close to or to hostile to particular governments in their news coverage.

Even as their traditional readership declines, newspapers are part of a fierce competition for clicks, likes and shares. Published endorsements are spread widely on social media by partisans and others before the ink that printed them is even dry. In this way, they can be expected to have a much stronger impact now than when newspaper circulation was much higher.

Even with the growth in the importance of Facebook and other online advertising, newspapers still hold more credibility than bloggers, Twitter trolls or Instagram users, which is presumably why so much of the “fake news” that dominated the American presidential election pretended to come from more legitimate sources (if you’ve ever clicked on, or worse yet shared, a link from the Denver Guardian, for example, you were supporting the burgeoning fake news industry).

If the U.S. presidential election taught us anything (other than to be very afraid of whatever lurks in the souls of American voters), it is that newspapers and their endorsements still matter a lot—although not always in the way that they were intended to matter. Take, for example, the case of the Arizona Republic, which endorsed Hillary Clinton for president. That might not seem like such a big deal until you consider the fact that the paper began publication in 1890 and had never endorsed a Democrat until 2016.

In a story written for National Public Radio, Meg Anderson argues that “newspaper endorsements matter most when they’re unexpected.” She cites a 2008 Pew Research Center survey, in which “nearly seven in 10 Americans participating said that their local newspaper’s endorsement had no effect on who they voted for, regardless of who the paper picked. The rest were split between saying it made them more likely and less likely to support a candidate.”

To be sure, certain supporters of Trump thought the Arizona Republic’s endorsement of Hillary Clinton mattered a lot. The paper was besieged with death threats and vitriol for weeks after publishing its endorsement. Its publisher responded with a very brave editorial speaking out against the backlash (reiterating the reasons for their endorsement and citing something called the First Amendment), which only led to further attacks against the paper and its staff.

More newspapers endorsed “not Trump” than endorsed Trump himself (although he did receive the endorsement of the National Enquirer and the Crusader, the official newspaper of the Ku Klux Klan). He received far fewer editorial endorsements than did Mitt Romney in 2012 or John McCain in 2008, and many staunchly Republican papers endorsed Clinton.

Of course, both Romney and McCain lost, while Trump pulled off an improbable victory. Some might see this as a clear indication that newspaper endorsements don’t matter, or at least didn’t matter this time. But, in fact, it can be reasonably argued that they mattered a great deal.

One of Trump’s recurring narratives—and one that worked particularly well for him—was that the corrupt media elites were out to get him. As Time magazine noted during the campaign, “Trump has been laying out his theory for weeks, gradually expanding the list of institutions that are rigged against the American people…. Most of all, he blames the national media, which he claims is single-handedly keeping the Clinton campaign afloat. He said the Washington elite and national media existed for a single reason: ‘to protect and enrich itself.’”

If you believe Trump, and the election result is conclusive evidence that nearly half of the people who voted did, every newspaper endorsement (regardless of the source) was just further evidence that he was right about the media. There is something called “confirmation bias,” which Psychology Today explains as follows: “When people would like a certain idea [or] concept to be true, they end up believing it to be true.” It prevents climate change deniers and anti-vaccine campaigners from accepting facts that contradict their own deeply held beliefs. Similarly, the more the news media reported on outrageous things that Trump said, the more they became part of the grand conspiracy to keep him from becoming president.

In an interview with the CBC following the election, John Cruickshank (a former publisher of both the Toronto Star and the Chicago Sun-Times) responded to questions from host Diana Swain about the message that election results send to the media. “I think we’re part of the lives of about half of the population, and that was really proved out in the election in the United States. And we’ve seen it here, too, in Canada, where there is tremendous dissatisfaction among people who are of a more conservative bent, or more from the rural part of Canada, with the media…. The campaign was covered as if it were a plebiscite on the character of Donald Trump, but it wasn’t, really.”

Does this mean that the media should stop doing its job? Most assuredly not. But, they should recognize that all of their fact-checking and endorsements won’t change the minds of those who have already decided that the traditional media is the enemy.

Fact-checking and editorial endorsements will also do nothing to counter what has been called “the post-fact era,” in which uninformed opinion is given the same weight as evidence-based scientific studies and fake news and conspiracy theories get far more clicks than well-researched analysis. Countering that trend will take a much larger effort on behalf of citizens to demand better from both their politicians and their media and, in the case of the latter, to be willing to pay for it.