The 2014 Winter Olympics may or may not take place in Sochi, Russia. The country has spent a reported $53 billion developing infrastructure for the Games, but a troubling new law banning “homosexual propaganda”—pride rallies or anything deemed “pro-gay”—could derail the event.

Here is our round-up of who’s saying what about the Sochi debacle. 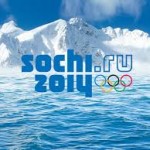 The Olympic logo for the Sochi Games

The controversy gained momentum with Stephen Fry’s open letter to British Prime Minister David Cameron and members of the International Olympic Committee (IOC), in which he compares endorsement of the 2014 Sochi games to the 1936 Berlin Olympics: “The Olympic movement at that time paid precisely no attention to this evil and proceeded with the notorious Berlin Olympiad, which provided a stage for a gleeful Führer and only increased his status at home and abroad. It gave him confidence. All historians are agreed on that. What he did with that confidence we all know.”

George Takei, Star Trek alum and internet phenom, suggested moving the Games to Vancouver, as the city already has the necessary infrastructure left over from the 2010 Games. An online petition requesting the move has garnered almost 170,000 signatures.

Vancouver mayor Gregor Robertson released a statement during Vancouver’s Pride Week late last month, in which he condemned the Russian government for their discriminatory law: “I would like to join the millions worldwide who are calling upon Russia to end its violent crackdown on the human rights and free expression of the LGBTQ community ahead of hosting the world in Sochi. I am also calling upon the International Olympic Committee and International Paralympic Committee to urgently explore every possible option to ensure that the next Olympic and Paralympic Games are hosted in a manner that guarantees the full, safe, and open participation of the LGBTQ community.”

As his statement predated Takei’s blog suggesting Vancouver host the 2014 Games, the mayor did not comment on the possibility of hosting a second time.

Outspoken Toronto Star columnist Rosie DiManno says the Sochi Games should (and will) proceed as usual—and that athletes will bear the responsibility of representing LGBTQ pride in whatever way they can. She believes the Russian government will not enforce the law when faced with international scrutiny and open protest, though this blogger wouldn’t want to go to jail in Russia, not even for the 15 day sentence the law dictates, not even taking a stand for human rights. Pussy Riot’s still in there somewhere; media scrutiny may not make a difference.

U.S. President Barack Obama recently cancelled a meeting with Putin, citing a standstill in human rights discussions. The president has been vocal about his support of LGBTQ rights around the world, but also put rumours of an American boycott of the Games to rest: American athletes will compete.

The NHL signed on with You Can Play in April, an organization committed to eradicating homophobia in sports. The statement announcing the partnership said “The You Can Play Project … formalizes and advances [a] long-standing commitment to make the NHL the most inclusive professional sports league in the world.”

Yoni Goldstein of the Huffington Post suggests NHL players, some of the few professional athletes competing in the Winter Games, boycott. He says that while for amateur athletes a boycott is a career death sentence during the brief window of peak performance, NHL players are well-paid outside of the Games. A Team Canada boycott of Sochi would be a pretty serious kick in the pants for a nation almost as hockey-crazed as we are.

John Baird, Canada’s Foreign Affairs Minister, has been both lauded and criticized for his opposition to the anti-gay law. A Canadian women’s group says his pro-LGBTQ stance does not reflect the beliefs of all Canadians (there’s discrimination at home too).

The IOC released a weak statement about their commitment to human rights and the inclusivity of the Games, saying that the organization “has received assurances from the highest level of government in Russia that the legislation will not affect those attending or taking part in the Games.” Sources in the Russian government do say, however, that the law will apply to tourists, athletes, media, and other visitors to the country.

Putin may have the last (perhaps hypocritical) word here: “We are determined to organize a real celebration in 2014, a festival of sport, deserving of its unique mission: to unite people around the world with really significant values: a healthy lifestyle, tolerance and equality.”

It is heartening to hear the many voices standing up for human rights, impassioned advocates calling for action. It is disheartening to know that the Olympic machine, in all it’s supposed apolitical complexities and controversies, may simply push forward. Here’s hoping the IOC takes a stand.