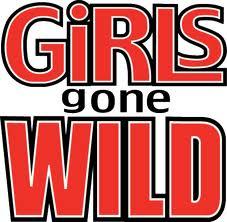 With more than $16 million in debt and just $50,000 in assets, Girls Gone Wild is officially bankrupt. Finally, right?

Throughout his C-list stardom, Francis made himself out as a real misogynist sketch-bag. He’s been in the spotlight for promoting and filming under-age girls having sex, he’s done jail time for child abuse and misdemeanor prostitution, and he once assaulted a journalist, pinning her down against a car outside a Vegas night club.

He’s been sued by dozens of women for using their exposed images in videos, infomercials and on box covers without permission. And he’s gotten away with it for years.

But could this finally be the end of an embarrassing, drawn-out era?

Francis has been racking up a $10.3 million gambling debt with Wynn Casino and Resort in Las Vegas. On a February 2007 trip, he gambled away $2 million without paying it. When the owner, Steve Wynn, tried to collect the money, Francis publicly attacked him saying, “Wynn threatened to kill me. He said he would hit me in the back of the head with a shovel and bury me in a hole in the desert.” Wynn got a $19 million judgement against Francis for defamation.

But it was Wynn’s latest lawsuit against Francis that ended it for Girls Gone Wild.

The Wall Street Journal reported on the lawsuit:

“Francis has effectively evaded meaningful collection by making it appear that he has virtually no income or assets, despite his publicly lavish lifestyle,” Wynn attorneys said in the lawsuit. “Wynn has confirmed what it has long suspected, namely that Francis has avoided Wynn’s collection efforts by, among other things, not taking any income and using accounts held by various entities that do business under his ‘Girls Gone Wild’ brand to pay all his personal expenses.”

So, filing for bankruptcy will block Wynn from collecting the scant GGW assets. And it means the company (presumably) cannot survive.