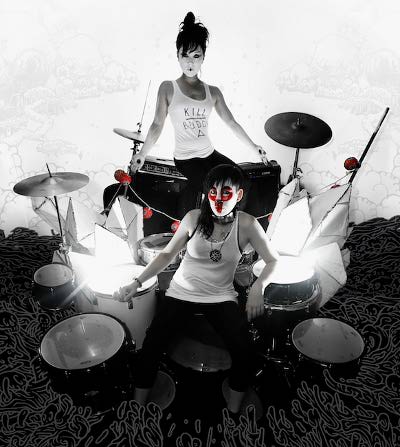 As a former Polaris Music Prize juror, I still get phantom pain whenever the award shortlist is announced and the inevitable backlash begins (for well thought-out criticism read Josiah Hughes and Mark Teo’s essay, “Canadian Music is Boring,” in FFWD.)

But I’m guilty of award bashing, too. After reading the shortlist, I immediately grumbled about the exclusion of Rich Aucoin’s euphoric We’re All Dying to Live, rather than congratulating the bands on the list I do admire. And just this morning, I shook my fist (Twitter-style) on the streetcar when I read that Louis CK didn’t receive an Emmy nom for his brilliant writing on the comedy Louie. A crime, that is.

But back to the Polaris. If you want a broad idea of what’s happening in Canadian music – regionally and sonically – the award’s longlist of 40 albums is probably as close as you’ll get in any sort of official way. It’s when the 200-plus jurors pick their five favourites for the 10-album shortlist that it all gets watered down, as Hughes and Teo suggest. (Have you ever tried to herd 200 cats? They’re never going to move together, unless maybe there’s milk involved).

And yet each year without fail, there’s at least one album on the shortlist that surprises. Not because of artistic merit, but because enough jurors heard something so special it made them want to use one of their five votes over, say, Leonard Cohen. Arguably, this year’s dark horse is Yamantaka // Sonic Titan’s album YT // ST.

Founded by performance artists alaskaB and Ruby Kato Attwood, the Montreal/Toronto band touts itself as an “Asian, Indigenous and Diasporic Art Collective” that performs “Noh-wave,” a sly reference to underground No Wave and traditional Japanese musical drama. YT // ST is a fantastic, percussive explosion, as much inspired by Buddhism and Chinese opera as it is death metal and 1960s psych rock.

What I love about Yamantaka // Sonic Titan, beside its dramatic live performances (one of the best shows at this year’s NXNE), Kiss makeup and the spectacle of it all, is that they’re musically inclined artists who see no need to extract their artistic practices from their music. It’s a strong tradition in this country, one that includes art stars such experimental filmmaker and sculptor Michael Snow, who recorded numerous jazz and improvisation records over the years, to lesser known talents like Halifax artist Mitchell Wiebe, whose various bands are as much a part of his practice as his paintings and his performance art as the alien-like creature Dweebo. Then there’s the Cedar Tavern Singers AKA Les Phonoréalistes, an Alberta duo who were nominated for the Sobey Art Award for their songs about conceptual art and art history (look for a feature in the Sept./Oct. issue of This).

When it comes down to it, I’ve realized, is that any time you give the general public a dose of conceptual art wrapped in an established music award, there’s really nothing to complain about.