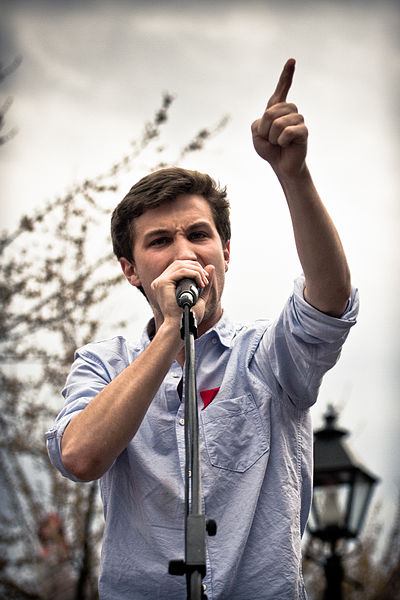 The student protest in Quebec is marching forward into its fourth month. Sparked by the Liberal government’s tuition hikes, the movement has now has exploded into much more.

The protests started back in mid-February when students began to raise their voice against the government’s decision to increase tuition fees by $325 a year over the next five years. This would bring the annual cost of tuition in Quebec to $3,800. In an attempt to satisfy student concern the government then offered to spread the hike over the next seven years at an annual increase of $254 but was again rejected by the students.

There had been no conversation between the students and government since the beginning of May, when yet another deal proposed by the Liberals was shot down. (The National Post recently released a comparative graphic depicting the cost of tuition throughout all provinces in Canada. This may help you to generate your own analysis of post secondary cost through the country.)

At the beginning of the week, however, student leaders and government officials finally came back to the negotiation table with an eight hour session on Monday. Primer Jean Charest made a personal unannounced appearance, meeting with a number of students. Talks again resumed Tuesday and continue today, but no information has been released about a possible agreement.

It doesn’t look good: Following the first round of talks on Monday, Gabriel Nadeau-Dubois, who has become the leader of one of the more outspoken student groups, Coalalition large de’Association pour une solidarite syndicale etudiante, better known to the public as CLASSE, was arrested. A complaint by Jean-Francois Morasse has led to a contempt of court charge against Nadeau-Dubois, who pled not guilty in a Quebec City courtroom.

Even worse: Under pressure from downtown business owners and the public, the government has enacted a controversial bill just as the lucrative summer tourism season starts to warm up. Two weeks ago, in an attempt to tone down the protest, the government passed bill 78.

Bill 78 requires any demonstration of 50 or more individuals to give prior notice to the police as well as their intended route. The bill also carries hefty fines against individuals and student association if they fail to obey the new rules. Those fines can amount to $1,000-$5,000 for individuals, $7,000-$35,000 for student or union leaders, and $25,000-$125,000 for organizations.

Just a few days ago arrests mounted to approximately 2,500, causing a great deal of criticism from the public—not only were residents of the province upset, but people across the country and around the world have voiced concerns.

The ability to freely protest and assemble is one of our most important democratic rights. Removing the public’s ability to demonstrate in any fashion they see fit impedes on our civil liberties.

Protests are now flowing over into other small towns and cities in Quebec. Te rising numbers in protests against the bill have reinvigorated student support from the public, which actually appeared to be dwindling following many blunders by students—such as the smoke bomb subway incident.

As the protests have grown even stronger over the past couple weeks, with average citizens, lawyers and other unions taking a stand—not in so much support of the student tuition debate, but for freedom of speech—I don’t see the government being able to come out ahead of this one.

What was considered a student movement now encompasses an entire Quebec population, one that has a history of protest and demonstration. The government’s decision to make a law restricts the ability of students—indeed, the whole province—to march whenever and wherever they choose could likely be the major tipping point of the protest and the demise of a Liberal leadership.