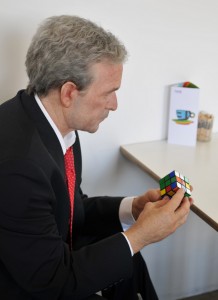 I’ve been following the press coverage of your forthcoming book, Decision Points, with considerable interest. Just the other day you sat down with Matt Lauer of NBC to pre-tape an interview and, I must say, some of the pre-released quotations are real gems.

One, however, stands out: recalling Kanye West’s remarks at the Katrina telethon (“George Bush doesn’t care about black people.”) you said:

One of the most disgusting moments of your presidency? Really? Why don’t you take a walk with me down memory lane.

The Iraq War! Now that was disgusting. I know that your people don’t have an accurate idea of  the number of Iraqis killed, so maybe you don’t know this, but the best guesses put the absolute minumum number of civilian casualties between 98,000 and 108,000. That is, simply, a slaughter. Nor should we forget that the whole reason for going to war—weapons of mass destruction—turned out to be a fiction.

Recession! Yeah, that happened on your watch. To be fair, the policies, and economic system, the guaranteed collapse itself, weren’t enacted or supported exclusively by you. But you were one helluva a cheerleader for deregulation, for the free movement of capital (but, I might add, not people) and allowing corporations to act with impunity.

Hurricane Katrina! Your response to this man-made (yes, man-made) disaster was abysmal. First, amongst many others, you allowed critical infrastructure to deteriorate and did nothing to militate against the disastrous consequences that were all but inevitable. And should we even bring up FEMA? No, there’s no need.

My point: Kanye West implying you were a racist, that was not one of the most disgusting points of your presidency. I know you don’t care to listen to the critics, given that you’ve written “Whatever the verdict on my presidency, I’m comfortable with the fact that I won’t be around to hear it.”

Know, though, that I care and as far as I’m concerned, the verdict is in.