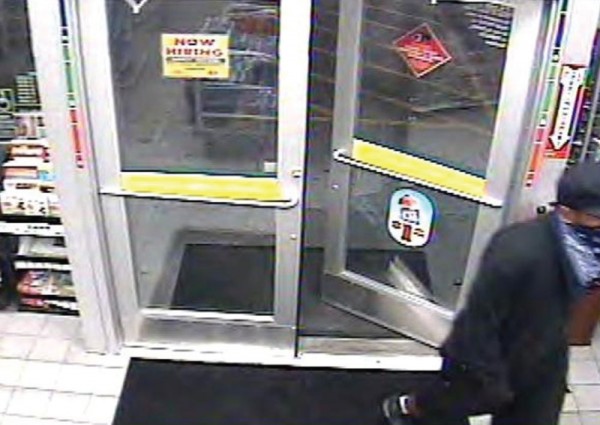 After wearing it a few times, the dog got used to the muzzle and stopped trying to push it off with its paws. In fact, when Vent took it down from the coat hook, the dog became excited, associating it—as it did the plastic poop-and-scoop bag, Vent’s boots, and the leash—with the midnight walks they went on, Vent’s wife and kids asleep, folding laundry, preparing for work, or talking online to their friends. And two weeks ago, he’d had a meaningless lump removed from his mouth. How much of ourselves don’t we need? he wondered. What else could they have thrown over the edge of the operating table as unwanted ballast?

It was 12:30 and Vent was walking the dog across the soccer fields by the highway, a strong wind making the April night cool. The almost-full moon shone off the dog’s white fur and the muzzle glinted silver over the dark green grass. The dog in relation to the moon as the moon to the sun. Hundreds of years ago, Vent mused, his hallucinations would have made him a visionary or a madman, dreaming while awake, seeing visions from shadows, spectres in the moonlight, ghosts at midday. Hundreds of years ago, he’d not have been mildly walking through the night holding a blue plastic leash and a plastic shopping bag for dog shit. When was the first time someone walked a dog on a leash? When was the first time someone had a lump removed? When was the first time someone had their dog’s teeth cleaned professionally?

There were train tracks at end of the field, and on the other side of them, a remote part of the old city graveyard below the hill. The wire fence in front of the tracks was cut open and bent back to form a gate. Vent went through and crossed the tracks and into the field of gravestones, some leaning forward, some back, some fallen over. An orthodontist would feel the excitation of a big job to be done here. Imagine a second set of permanent gravestones pushing up, pushing out the baby stones. Of course, everyone thought of gravestones as teeth. The empty grave like the hole left by an extracted molar, worried by the tongue until it healed. Vent could feel his throat healing, the scarring over the sensitive tissue inaccessible, his throat something like an empty grave. It’d taken about a week before he could eat regular foods, before his diet of ice cream, smoothies, and soups could expand once again to include solids.

There was a bench by a twisted tree and Vent sat down with the dog. It twitched a bit, hearing something on the wind, the muzzle lit by the cantaloupe-coloured light of the streetlamp. What would it be like to wear the muzzle? Would it feel like a football face mask or the helm of a knight? On impulse, he undid the leather straps and fitted them over his ears, the muzzle hanging heavy from his nose and chin. The dog looked at him quizzically, wondering how this new communication fit into the idea of walk. Vent felt the raw hollowness of his throat, felt the straps pulling at his ears, adjusted the strap that attached over the middle of his head. He took the dog’s collar off and put it around his neck. He attached the leash and held it out for the dog. The dog took it in its mouth and began walking. Vent followed, bending down to keep the leash slack. They went down a winding path that led around some pine trees and past a storage shed. There was a mausoleum in grainy lichen-covered marble. The wind sighed over the trees at the top of the hill. Vent and the dog walked. The full clouds were a vivid chiaroscuro as the moon passed between them. There was the sound of a fire truck, its sirens keening, its horn braying. The dog stopped at a stone marker. It seemed very old and indicated the particular section of the graveyard. The dog lifted its leg and began to urinate, an impossibly long and steady stream dribbling down the side of the marker and forming a small pool at its base. Vent shifted uphill somewhat to avoid the runoff. Then Vent and the dog proceeded.

Vent had two children. A boy of 16 and a girl of 12. Just this morning, his daughter had had her first period and had gone running to his wife with the news. She was excited to have arrived at this important moment, one she’d been waiting for, talking to her mother about, studying and giggling through in health class. His son, Vincent, had his own world of skateboarding, friends bucking the system by wearing oversized and overbranded skateboard-themed clothing. Vent had a close, if not especially talkative, relationship with his children. The same, in fact, could be said about his relations with his wife.

It was now about 1:30 and the dog had led Vent through the newer parts of graveyard. The gravestones were smoother, the engraving more precise. Some had chosen a more modern approach: a large cube balanced, as if for eternity, on one of its vertices, gravestones in the shape of parallelograms with stylish sans serif inscriptions, shiny black marble with grey lettering and embedded blue glass.

What if I never trade back places with the dog? Vent thought.

They had left the graveyard and were walking back over the high-level bridge and past the former Governor General’s house and the small hotel where Vent had once, as a student, attended an information session about selling encyclopedias. It was “a tremendous opportunity for a bright and energetic person to share learning with others door to door.” They were walking toward the plaza just past the gas station and the highway entrance, the plaza that contained the grocery store, the video store, and the place where they bought the dog’s kibble.

The dog, Vent realized, was taking the long way.

A man wants to rob a convenience store. He charges in, armed with a knife. He orders the clerk to leave and wait outside. The clerk runs out of the store, calls the police, and never comes back. The police surround the store. They see through the window that the man is eating a chicken.

A man wants to rob his local convenience store. He walks in and chats with the clerk. They know each other. At a certain point, the man pulls on a black balaclava and holds a gun to the clerk’s face. This is a robbery, the man says. I already knew that, the other replies.

A convenience store is unhappy. I could be so much more convenient, it thinks. Late at night it travels to the home of a man who has a balaclava, a gun, and a criminal record. This is a stickup, the convenience store shouts into the mail slot. I want your insides.

A robber rushes up to the owner of a convenience store just as he’s locking up for the night. “Look,” he says, showing the owner the handle of a knife he’s put up his sleeve. “One moment, please,” the owner says and goes inside to get something. “Look,” the owner says, pointing to the toes of a baby sticking out of his own sleeve.

Items on a convenience shelf want to get stolen. One day, he will come, the toothpaste says.

The Empyrean: A Boy Puts a Pencil Up His Nose

During math, a boy puts a pencil up his nose. Another boy whacks the pencil further in, a slim spelunker entering the inaccessible dark of the first boy’s head, a small and secret Lascaux at the back of the class. Blurry images of the boy’s life. A video game in the long grass, a bus trip along a snowy highway, Twizzlers, and a man waving frantically on the lawn.

The pencil is a yellow joystick. Images are a flurry on the concave whiteboard of the boy’s skull, a bony Empyrean limit to the starry dark of the boy’s mind.

The second boy begins to write with the pencil, interior cranial graffiti like a whisper in a shouting crowd, an iridescent hork into a midnight sea. It is his name, his joke, his story.

Blood on the knees of the boys and the classroom floor. A teacher flailing. Dark matter. An expanding universe of friendship and loss. Hands held to the face. A diary.

The Icemakers of the Anteater

An anteater chews through the house. The chair arms. Glasses. The legs of chairs. The mattress. It’s the boyfriend my nine-yearold daughter’s going to have 10 years from now. It chews up the swimming pool. I sit on the porch throwing toasters and shout, “Don’t ever come back!” From under its coat, the boyfriend takes out a violin and begins to play some obscure anteater song. Then my daughter appears from the roots of a burning tree, dressed in football equipment. The sun, in an obvious attempt at drama, backlights her with its crimson tongue. She crouches low and runs into the house. It falls, a sack of doleful rooms, stairs, and carpeting. The anteater splits in half. From its insides are born three angels, white as fridges, ice trays hidden between their cloud-like wings. In each tray are my daughter’s future children, each tiny, curled up, and frozen.

There is a large rat in our house. It gnaws at our feet. It crawls under the sheets of our beds as we sleep. It sits at the table while we eat. It doesn’t say, “Pass the bread,” but climbs up the tablecloth and chews at the food, its tail curling into the salad.

“Then we must kill it,” our youngest says. “I will drown it in the bath.”

Instead, my wife and I dig a hole in the middle of the living room. We gather blankets and pillows. The family climbs in and we cover ourselves up. “Who will remember us?” we say.