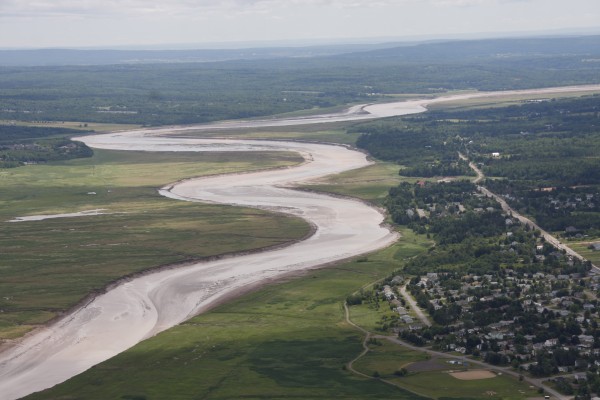 When the New Brunswick government built a controversial causeway splitting the Petitcodiac River in 1968, Moncton’s 129 km river quickly came to look like something out of Charlie and the Chocolate Factory (which is how it earned its local nickname, the “Chocolate River“). It didn’t take long for tempers to boil over too: conservationists have lobbied to fix the rank, brown river for decades. Now, after generations of fighting, the Petitcodiac Riverkeepers— who count Robert Kennedy Jr. as a supporter—have won as the gates of the causeway were opened on April 14, allowing the silt-clogged water to flow freely once again. But the celebration was short lived: the Riverkeepers now face a challenge from another conservation group—this one determined to protect the lake into which the Petitcodiac River flows.

Less than 24 hours before the river flowed back into Lake Petitcodiac earlier this year, the Lake Petitcodiac Preservation Association filed an injunction request asking a judge to re-shut the causeway gates. “Opening the gates has made the lake unusable,” says Nancy Hoar, a Moncton city councillor and past president of the association. “The amount of E.coli in the water is incredible. A human can’t be in contact with it.” According to Hoar, water quality tests show bacterial counts in the lake have skyrocketed since the causeway opened.

The association also argues the provincial government didn’t follow the 17 promised requirements outlined in the first phase of the $68-million river restoration project, which began in 2008. Those conditions included building adequate dike systems and a giant rock wall to ensure contaminants from the old Moncton dump (which operated for 21 years on the riverbank before closing in 1992) wouldn’t leak into the water system.

The reason those requirements were ignored, says Hoar, is that the provincial government simply delayed some components from phase one to phase two of the project. It means that upgrades to the water treatment facility left unfinished in phase one are now scheduled to happen by 2012. In the meantime, Hoar says, “the lake will continue to be polluted and wetland area will continue to be destroyed, at our expense.”

The association has yet to convince a judge, however. The injunction was denied April 22 and the gates are still open. Hoar and the association have no plans to let up. “We’re taking them to court again,” she says. The next step: ask the provincial government to close the gates. “We’re going to fight this as long as we can.”