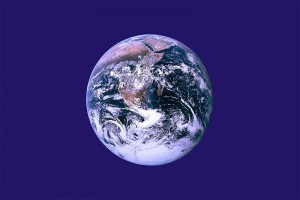 It’s Earth Day today, the time every year when we think about the environment and stuff for 24 hours. Earth Day celebrates its 40th anniversary this year, and there are lots of events going on to celebrate the milestone. There have been some good-news stories about the environment over the last four decades, but over all, humanity’s environmental fortunes look grim. Earth Day gets some of the same knocks that Earth Hour gets: that’s it’s a feel-good cheerleading session that  accomplishes nothing and deludes people into a false sense of ecological consciousness. Here: show you care by clicking some random internet poll!:

In the interest of Awareness, here’s our quick roundup of some Earth Day links and other environmentally topical reading:

Earth Day Canada has a handy guide to Earth Day events across Canada. Plenty happening today and over the rest of the weekend.

The New York Times on Earth Day as Big Business. The Globe and Mail chimes in with what seems like self-parody: “Four stock picks for Earth Day.” Really.

Carbon offsets are a scam, says the Christian Science Monitor in a new series of articles examining the industry:

They are buying into projects that are never completed, or paying for ones that would have been done anyhow, the investigation found. Their purchases are feeding middlemen and promoters seeking profits from green schemes that range from selling protection for existing trees to the promise of planting new ones that never thrive. In some cases, the offsets have consequences that their purchasers never foresaw, such as erecting windmills that force poor people off their farms.

Carbon offsets are the environmental equivalent of financial derivatives: complex, unregulated, unchecked and—in many cases—not worth their price.

Heather Rogers also calls foul on carbon offset projects in the current issue of The Nation.

Via this Worldchanging blog post, a recent TED Talk by Catherine Mohr about the hard reality of building an environmentally friendly home, eschewing the kind of green sentimentality that fuels carbon offsets and diving deep into the actual data. It’s short, funny, and educational:

Climate fight! University of Victoria Professor Andrew Weaver announced yesterday in a press release that he is suing the National Post for four articles it wrote about him over the past few months. Weaver, the Canada Research Chair in Climate Modelling and Analysis, says the Post “attributed to me statements I never made, accused me of things I never did, and attacked me for views I never held.” The four articles in question are “Weaver’s Web,” “Weaver’s Web II,” “Climate agency going up in flames,” and “So much for pure science.” Suing the Financial Post op-ed page for their ridiculous environmental reporting may seem like suing the sun for shining, but Weaver is one of the country’s top climate scientists, so this bears watching.

Rabble has some suggestions for Earth Day–related things to do on university campuses across Canada.

The David Suzuki Foundation is running a series of book swaps across the country until April 24. If you haven’t read it, it’s new to you — and might save some paper as well.

Finally, Maude Barlow of the Council of Canadians sends a dispatch from Cochabamba, Bolivia, where she’s attending the World People’s Conference on Climate Change and Rights of Mother Earth: