The French Revolution demonized organized religion, calling it an agent of conservatism that held society back. And while there’s no denying that organized religion is still generally a conservative force, every now and then it can push forward social reforms. Let’s look at how several major faiths have helped shape many societies into more inclusive, free, and democratic places to live over the past two centuries.

1838–1850 Great Britain’s Chartist movement, which is steeped in Methodist thought, becomes among the first broad labour movements in modern history. Prominent members William Lovett and Joseph Sturge, and much of the Methodist clergy, consider it their Christian duty to bring freedom and social justice to all, following the example of Christ. Although the movement faded after 1850, it precipitated the Reform Act of 1867, which extended the vote to the working class.

1915-1947 Mahatma Gandhi, the Indian National Congress, and the Hindu Mahasabha (a nationalist organization) use the Hindu principle of non-violence to guide their struggle for an independent India. They lead several non- violent events including the Salt March, boycotts against British goods, and the Quit India movement, resulting in the country’s 1947 liberation. 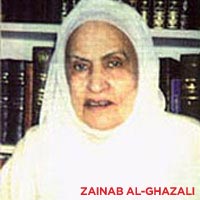 1930 Zainab Al-Ghazali founds the Muslim Women’s Association and fights for women’s liberation within an Islamic framework. Al-Ghazali believes Islam gave women a tremendous amount of rights when it came to the family, so the MWA focuses on helping poor families, mediating family disputes, and giving women access to education.

1940s Reeling from the Holocaust, Jewish NGOs band together to push for a universal system of human rights. Their determination contributes to the UN adopting the 1948 Universal Declaration of Human Rights. Meanwhile, in Canada, the Canadian Jewish Congress played an important role at the Senate hearings of 1950 that explored human rights here at home. 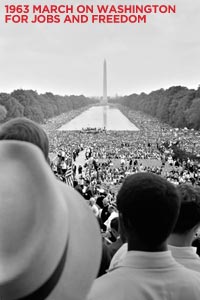 Today Environmentalism is the latest social movement to get a boost by organized religion. Several Christian organizations, including the Evangelical Environmental Network that has reached 35,000 churches, actively encourage believers to care for God’s gifts by living a greener lifestyle.