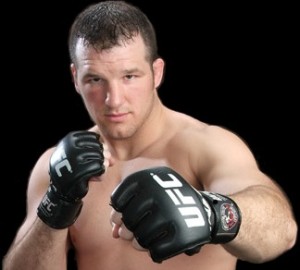 This week I was preparing pitches for New Mobility Magazine‘s 2010 editorial calendar and I noticed a trend, one that would put me and my best friend on the same side of the issue in one case, but split us to the point of  epic argument in the second.

Both pitches prodded a question few in the disabled community ever confront, let alone acknowledge.  It definitely rubs people with disabilities the wrong way because it so blatantly goes against the movement towards independence and self-determination that so many have (and still) lobby for.  Hell, I was up in arms and I’m just deconstructing that feeling now, but after marinating on it, I realize (at least in certain cases) it’s absolutely the truth.

The issue at the centre of these pitches, what made them so compelling, was the idea that there really might be certain things that disabled people have no business doing, or pursuing in the first place. Things that belong to the able-bodied population for a reason and when disabled people are thrown into the mix, they could do serious harm to the overall disabled community’s credibility.

That’s right, I said it. While disabled people are breaking down barriers, there are some scenarios where they also have to take responsibility and accept their limitations.  Before you send a mob in wheelchairs with torches and pitchforks to my door, let me tell you a little about these two pitches.

The first pitch concerns a man mentioned first on this blog.  Kyle Maynard was that decorated amateur wrestler, who didn’t have arms or legs and  had his first mixed martial arts fight in April 2009. As shown in the video embedded in ThisAbility #26, it wasn’t much of a fight. It amounted to a giant game of Duck, Duck, Duck–Goose! as Maynard chased his opponent around the ring on all fours with his opponent easily dodging his grasp. His opponent didn’t fare any better.  Instead of teaching Maynard exactly why fighters need limbs, by punishing Maynard with his fists and feet, he was tentative, taking the kid-glove approach.  Fans came for a fight, but (let’s be honest) stayed for the novelty.  If Maynard wanted to prove he could give it “Ye Olde College Try,” mission accomplished. If Maynard wanted to be taken seriously as a fighter, all he did was further affirm that no matter how much people with disabilities want to be on equal footing with able-bodied people, there are certain circumstances where it’s just not going to happen, no matter how much will is in their hearts.

Don’t get me wrong.  I’m not saying that disabled people can’t compete in MMA, Matt Hamill is an excellent example of a fighter with a disability who has been making legitimate waves in the UFC since he arrived, but Matt Hamill is deaf and he at least has arms and legs, thereby meeting the minimum  standard  for competition that a paying audience expects.  I have no problem with Maynard trying to push his own limits and showing what’s possible for people with disabilities, but a professional fight in front of a paying audience is not the place for it. Not only does it push a sport, that was once regarded as human cock fighting, back to being perceived as a freak show instead of  legitimate , but it also ensures that Maynard himself is never taken seriously as a fighter.  If you want to be paid, (disability or not) it’s not enough to show up and try. You have to maintain a minimum standard of expectations as a professional and if your disability makes the gap between ability and expectations too wide to overcome, then it’s your responsibility to step back and hand it off to someone who can better meet the expectations of all parties (in Maynard’s case, that’s the audience and the promoter first, with his own need to show he can do it, coming in second). Just because something is possible, doesn’t mean it’s appropriate.

Generally, people with disabilities get so defensive about this issue because they believe that accepting their limitations, therefore acknowledging that they’re never going to be on par with able-bodied people in every circumstance, is seen as a sign of weakness (Maynard wrote a memoir called No Excuses.) When, in truth, it actually strengthens the community’s argument to recognize when they’re outclassed, step back and instead, fight the battles that have higher stakes and farther-reaching consequences.

When I was a kid, my dream was to be an actor, but I realized that if acting was a slog for the waiters waiting for their agent’s phone call, then my disability would only compound the lack of opportunity. I left the inroad-making to those who could afford the risk and decided to make a potentially bigger splash for the disabled community in journalism. Meanwhile, I scratched the performing itch in amateur improv clubs. I was savvy enough to know when it was time to play the game with a different strategy. Not all activists have to go right to the wall to make a difference and, as Kyle Maynard learned, not all disabled fighters will open the minds of  fans just by showing up.

Yeah, the first pitch was pretty cut and dried. It was the second pitch when the debate got a little heated. In my opinion, the overstepping of boundaries in the next case, really wasn’t one. However, my best friend and mentor Kent Loftsgard saw it a little differently: As a person with cerebral palsy and a lifelong interest in healthcare,  he argued that in this case, an adaptation became an unfair advantage towards the doctor in question’s medical school diploma. I didn’t really think so. But if Kent was right, lives were at stake because this pitch centered around a quadriplegic doctor with a rather cushy accommodation, one that could cost his future patients their lives…

Come back early next week, to continue reading Part Two.

Aaron Broverman is a freelance journalist living in Toronto. He regularly writes about disability issues for Abilities Magazine in Canada and New Mobility Magazine in the U.S.