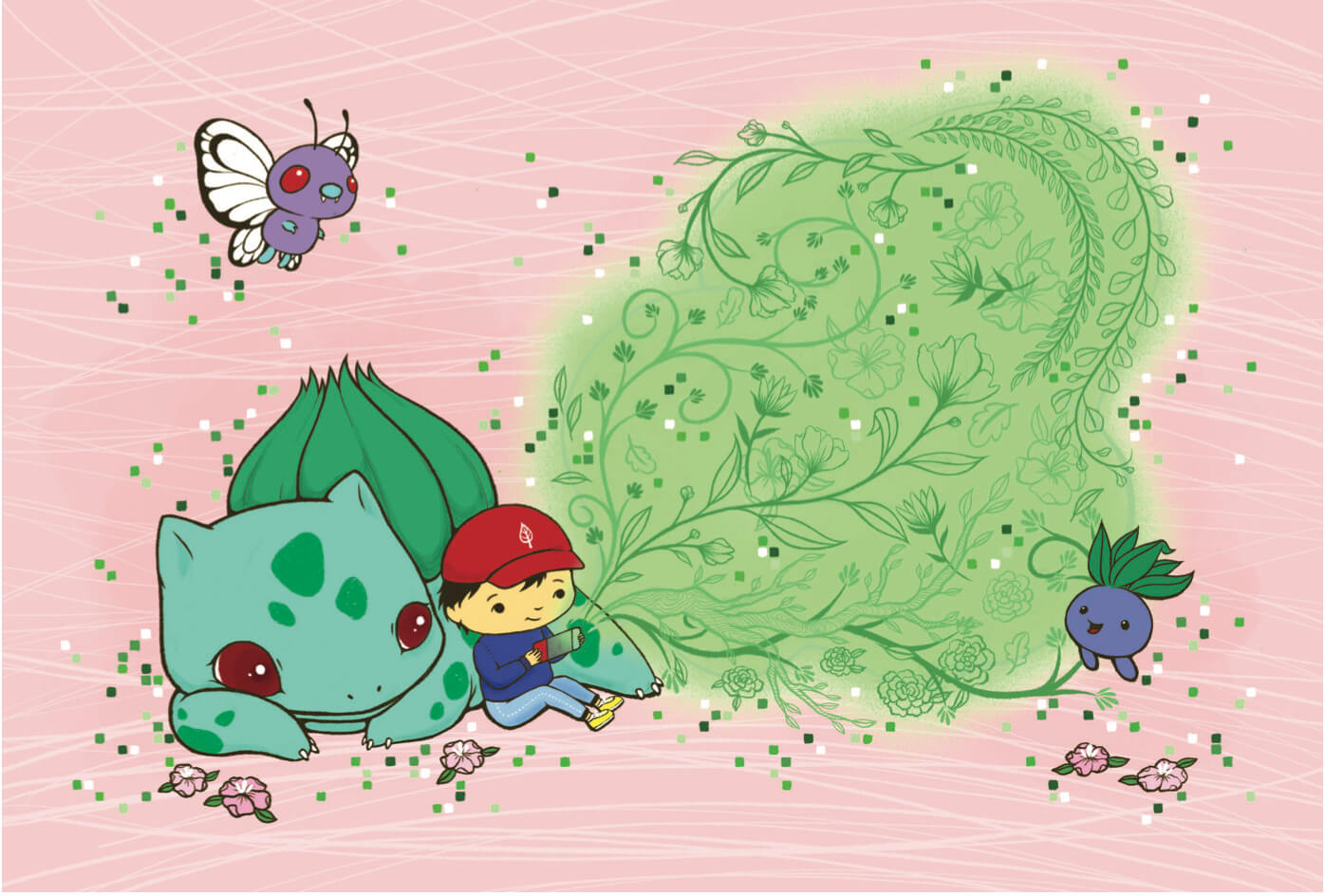 I was 10 years old when I picked up Pokémon for the first time. I remember unwrapping it Christmas morning and rushing to immediately grab my Nintendo DS to play it, immersing myself in this world where creatures and humans not only coexist but work together to build a brighter future. A world where cities are built around landscapes, renewable energy, and pedestrians. Throughout the game I would walk, bike, and ride trains to (as their tagline goes) “catch ‘em all” and beat the game.

While I’m not proposing you start to let 10-year-old kids run around and explore as they please, there is something to be learned from the world of Pokémon. With the climate crisis worsening and major cities becoming inaccessible to pedestrians, we should be looking at the Pokémon video games—most notably the 2019 games for the Nintendo Switch, Pokémon Sword and Pokémon Shield—as inspiration for future city planning.

As an adult, I revisited the Pokémon games and could not help notice how much these games encapsulate the visions we have for our cities. These in-game cities are built entirely for walking and biking, not a single car to be seen. Additionally, these cities are built with the natural landscape in mind. I sat there in awe, just like I had 13 years ago, of the way nature and people interacted. Both living in harmony, benefiting from each other.

Satoshi Tajiri, the creator of the Pokémon games, had this exact same vision for the franchise. As a child living in the still rural landscape of Machida, Tokyo, he was an avid bug collector, which inspired his childhood nickname, “Dr. Bug.” But as he grew older, more of the places he explored turned into highways and apartment buildings. When he first imagined Pokémon, he wanted kids to experience the same awe and wonder he did exploring as a child in the wilderness. But how will children be able to experience that when we are building our cities without taking into consideration the nature and people that live around them?

City planners, it may sound obvious, but you need to start building cities for people. According to a survey by Nature Conservatory Canada, nine out of 10 Canadians are happier in nature, but 74 percent of those surveyed said it’s easier to just stay indoors. This can be attributed to the destruction of natural landscapes to make way for more urban development, which is the same thing Tajiri experienced during his childhood.

It’s time for you to look at the world of Pokémon and take a page out of Tajiri’s book. He has given us the perfect example with the video game world that he has created. People are meant to explore and coexist with nature, not destroy it to build skyscrapers. If we continue down this same path of urbanization, soon 10-year-old children will only be able to experience the wonder of exploration through a screen. By incorporating eco-friendly infrastructure introduced in Pokémon into our city planning, children, both present and future, will be able to experience the thrill of exploring in person.