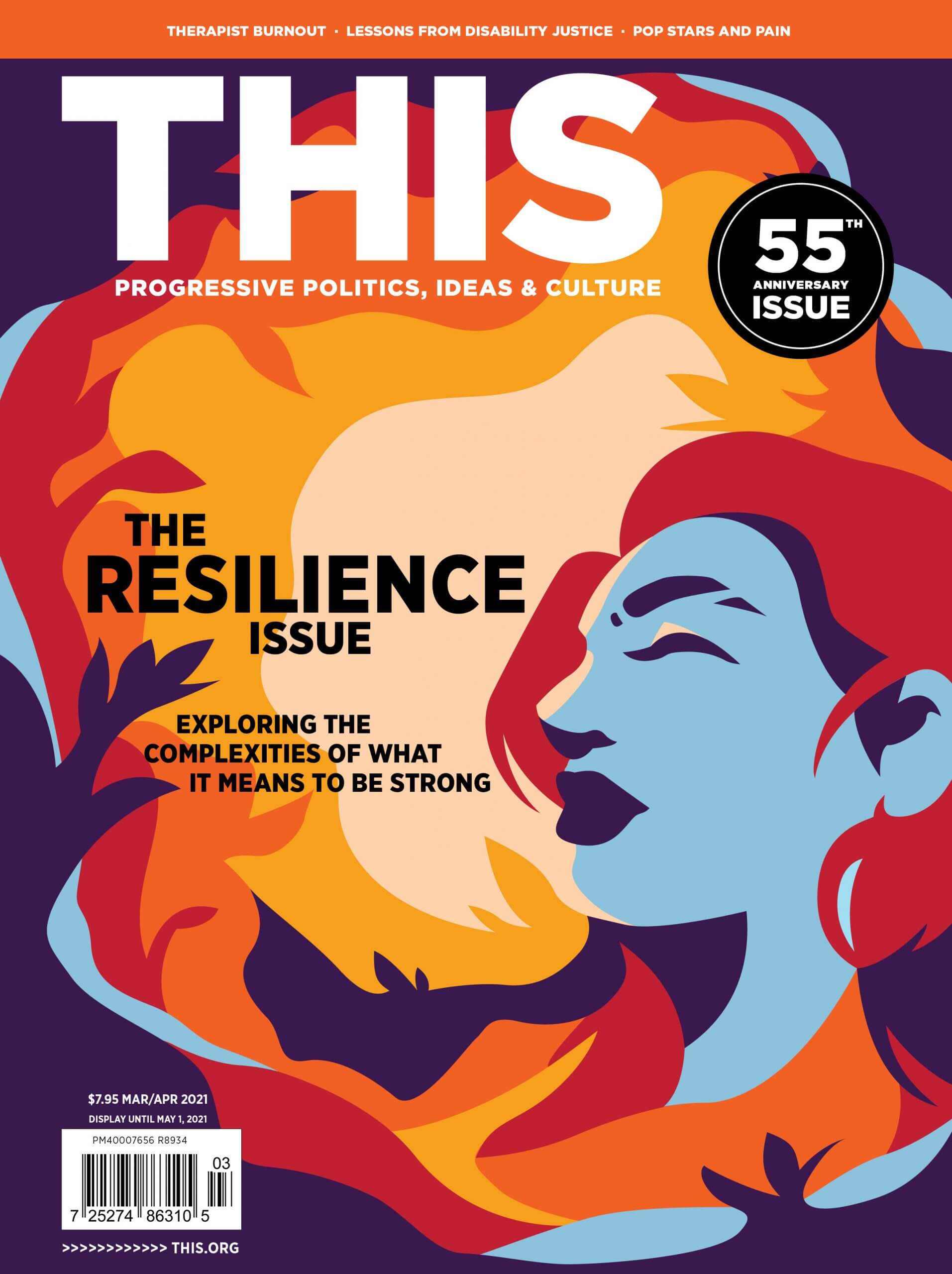 In her book, How To Lose Everything, writer and musician Christa Couture tells a story of loss and resilience. She loses her leg to cancer at a young age; she loses two sons early in their lives, and a marriage; another health scare threatens her career. Yet, she overcomes. She writes, “I think of something my Toronto therapist said once: ‘Resilience sucks.’ Meaning, resilience is born of suffering. A person doesn’t discover their capacity to survive until it is tested.”

Resilience seemed like an obvious theme to us, but a complex one. This issue marks our 55th anniversary as a publication. As you’ll learn in the timeline in our front section, This started in 1966 as a journal about education; it was one of the first alternative journals in North America. Publishing as an independent not-for-profit magazine takes resilience. We’ve published through changing political landscapes, the start and end of many progressive publications and projects; we’ve published with limited resources and funding delays. But we’ve published with a consistent mandate: to bring you stories and perspectives left out of the mainstream media. We often cover acts of resistance, but much of our regular coverage fits under the umbrella of resilience too.

So, how do we give respect to those who have survived and thrived without glorifying resilience itself ? How do we prioritize community supports, mutual aid, and government accountability and avoid any kind of “pull yourself up by the bootstraps” sentiment?

In “How to survive a dystopia,” Mari “Dev” Ramsawakh looks at what we can learn from the disability justice movement. Disabled people have long required the resources many non-disabled people have only recently come to need in the context of the pandemic. Disability activists have been dreaming and planning for what is needed to create utopias in the future, to go beyond survival. In “The cost of caring,” Mariyam Khaja looks at the experience of therapists during the pandemic. Often thought of to be superhuman and devoid of emotions themselves, therapists are burning the candle at both ends, and they’re burning out. In “Sobriety is a verb,” Niko Stratis looks at drinking as a coping mechanism and what changes when one takes on sobriety as an act of resilience.

In October, University of Ottawa professor Michael Orsini wrote a piece for Policy Options called “Stop asking us to be resilient.” In it, he suggests that it is time to retire the term resilience, that it is a “plastic word.”

He asks, “What if resilience is just another way of saying ‘get over it’? What if a positive attitude is not enough to pull you out of poverty? What if dealing with hatred and racism is not made better by just not letting it get to you?” before explaining that “the resilience industry is rooted in an individual model of change, one that leaves untouched the structures and systems that are responsible for the trauma in the first place.” Is it possible, then, to respect the resilience people have mustered to-date, while pushing for large-scale systemic change that would eliminate the need for that in the future? We hope so.