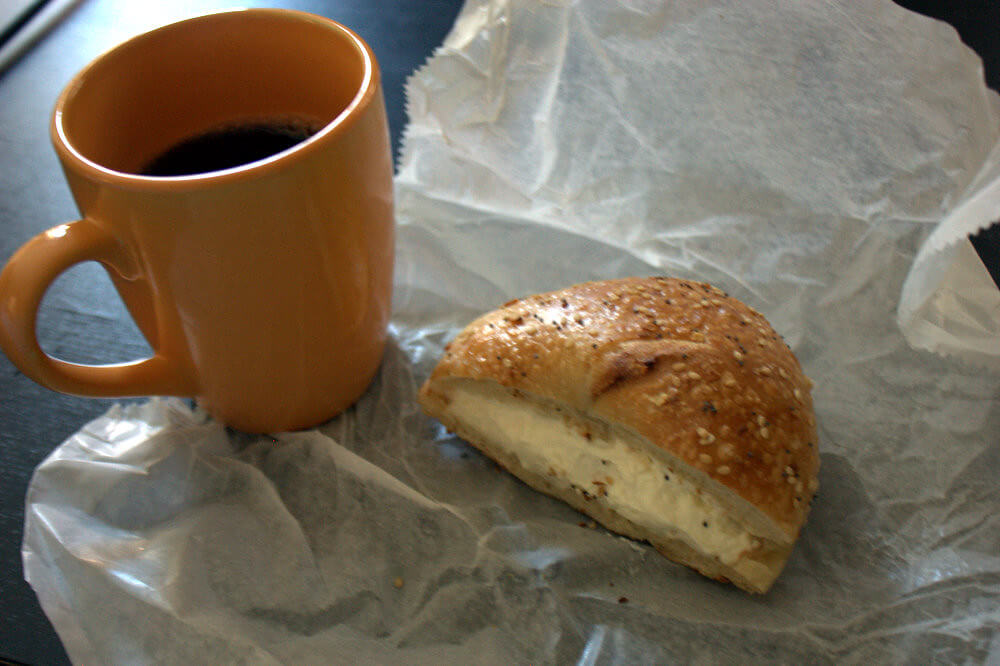 Why people love it
Approximately 4.4 million Canadians (about one in eight households) experienced food insecurity in 2018, according to Statistics Canada. Token programs at various restaurants aim to fight hunger by encouraging patrons to buy low-priced tokens which can then be handed out to someone in need and redeemed for a meal or snack. One example of such a pay-it-forward system is The Nook Espresso Bar and Lounge in Halifax. Since January 2018, the café offers a $10 sandwich or a $7 coffee–bagel combo for free with a token. Tokens are handed out on the street and distributed by community organizations, but if someone doesn’t have a token, they can buy one upfront ($5 for a sandwich or $2 for a coffee and bagel). Similar programs exist in Vancouver and Edmonton.

What’s the problem
Small businesses are picking up where governments failed to mitigate a public health issue. Programs like these provide surface solutions, but food insecurity is rooted in income inadequacy and poor infrastructure (for example, the lack of affordable grocery outlets and accessible transportation for those living in food deserts). Patterns of hunger also point to systemic racism; studies have shown that the highest rates of food insecurity are found among Black and Indigenous households. Inequitable policies create the problem and the token programs are only a Band-
Aid solution.
Tokens help make space for those struggling to cover their basic needs amidst rising food costs, but healthy communities are hardly built on bagels. While a warm breakfast could help restore colour to a person’s face after a night on the streets, a booth in the corner isn’t the same as affordable housing for the homeless. Similarly, a café can provide access to clean washrooms and sharps containers for drug users, but those are not substitutes for safe injection sites and addictions services. It is important to recognize that chronic hunger is compounded by problems that exceed the scope of token programs.
Nutrition is a human right. Everyone deserves the security of being able to predict their next meal. Charity doesn’t provide this. Furthermore, giving tokens instead of cash implies that people experiencing poverty can’t make decisions about their own spending, writes food activist Peter Driftmier in his critique of token programs for the online publication The Mainlander.

Possible solutions
Hold elected officials accountable to their promise to end hunger, as laid out in the 2019 Food Policy for Canada and the United Nations Sustainable Development Goals in 2015. Advocate for policies that promote an equal standard of living across the socioeconomic spectrum, including a livable minimum wage, designated affordable housing and improving public transit in low-income neighborhoods to help those living in food deserts. Donating time or money to organizations working directly with people facing homelessness or addiction, and supporting initiatives to strengthen local food systems through community gardens and affordable produce markets are other ways to build towards a society in which no one is forced to choose between paying bills or buying groceries.